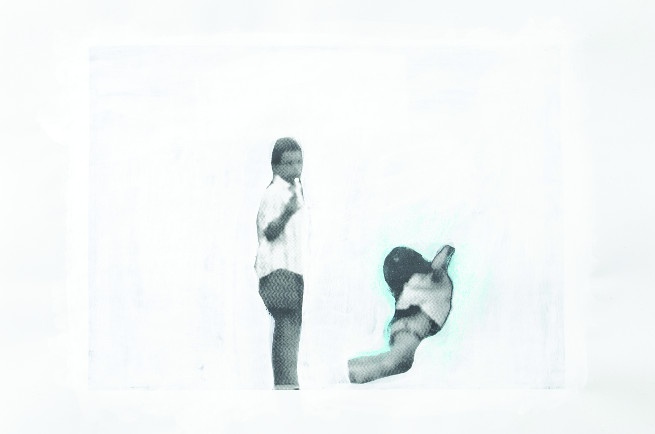 Drawing is something which is part of my daily life. I use it to tell short stories and simple moments from life, which are sometimes absurd. As a director works with actors, I try to work with characters who I stage in spaces, from the real world but taken back into my personal imagination and into drawn constructions.

This is the starting point for all my projects. By seeing and making drawing every day, I develop my ideas and projects. I try to avoid settling into habits by experimenting with different ways of drawing.

At the moment I handle internal organs. They are my new actors and I ask them to live through my drawings. I make them exist externally by drawing them in the street or printing them on Chinese lanterns, to give life to what is within and around me. Printing organs on these lanterns is a way I found to send life into the air, to embody the feeling of being alive.

When I discovered a type of theatre; object theatre and shadow theatre, I was fascinated. I worked in "Le Théâtre Jeune Public de Strasbourg", and it was a revelation to find similarities between the methods of object theatre and the manner in which I work as a visual artist. The idea of shadows, unfixed states and palimpsests can become elements that tell stories and present poetic situations.

In this work, Tourne, I intervened in pictures that are not really touchable, a family film, stopped in time. From this film I extracted certain frames and drew over them, keeping only part of the original image intact.
The past comes together with the present in the drawings. I reappropriate pictures of unclear memories. The video is also materialized in a pile of 1200 drawings, which is both an animation and an object made of layers of frames.