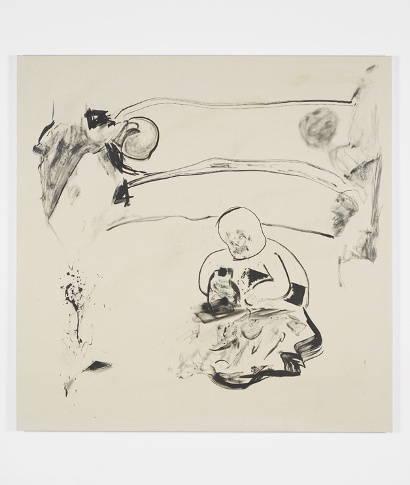 Just as the body has entry and exit points, I begin my work by bringing in themes and ideas informed by my background in film and photography, as well as my interest in sound and music. These elements are then carried forward or rejected as part of an editing process. In creating an image I treat the composition as a system;a body in which individual parts lend themselves to a much larger whole. Textures and forms are often reminiscent of the body, and are a way of making the interior the exterior, each part being connected. Figures, too, often operate in a similar way, becoming part  of both each other and the compositional structure of a theatrical space.