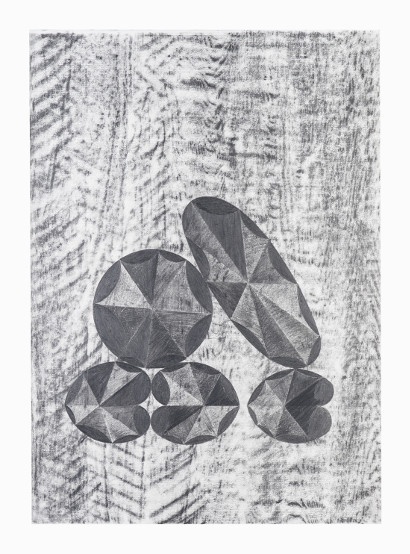 Commenting on the use and significance of objects in Alain Robbe-Grillet’s writing, Roland Barthes observed ‘The whole purpose of the authors work, in fact is to confer upon an object its ‘being there’, to keep it from being ‘something’ . A certain mobility of thinking results when this resistance is applied andwhat is revealed is something which is always deferred, not quite present. The ‘placeless’ places which, Robbe-Grillet establishes, suggest new conditions of alertness and a relationship to attention. This is time becoming space, and space becoming time;it is an undoing of the desire to name and to know.

‘Robbe-Grillet’s object has therefore neither function nor substance. More precisely, both its function and substance are absorbed by its optical nature. But the description of the object somehow exceeds its function in every case, and at the very moment we expect the author’s interest to lapse, having exhausted the object’s instrumentality, that interest persists, insists, bringing the narrative to a sudden, untimely halt and transforming a simple implement into space. Its usefulness, we discover, was merely an illusion, only its optical extension is real- its humanity begins where its function leaves off’ .

The forms and materials I use act together. They are easily recognisable as such. Their arrangement in space, the way they inhabit the volume where they are discovered, makes them affirmative. They generate a geometry of location, a place of immanence, but their presence is in the marginal and the minor.

The paintings selected for Bloomberg New Contemporaries produce an optical experience through painting that is the combination of the formality of the paintings rendering and the process of its making. This allows me to generate instability that encourages a play between denial and comprehension of image. There is the potential for a spatial dialectic to evolve,  where a work functions as both immediate source for an embodied experience and as a sign and symptom to be decoded.

I make the paintings by marbling, staining, rubbing and over-painting  ornamental figures. Paper is selected for it absorbency, heightened materiality and anti-heroism.