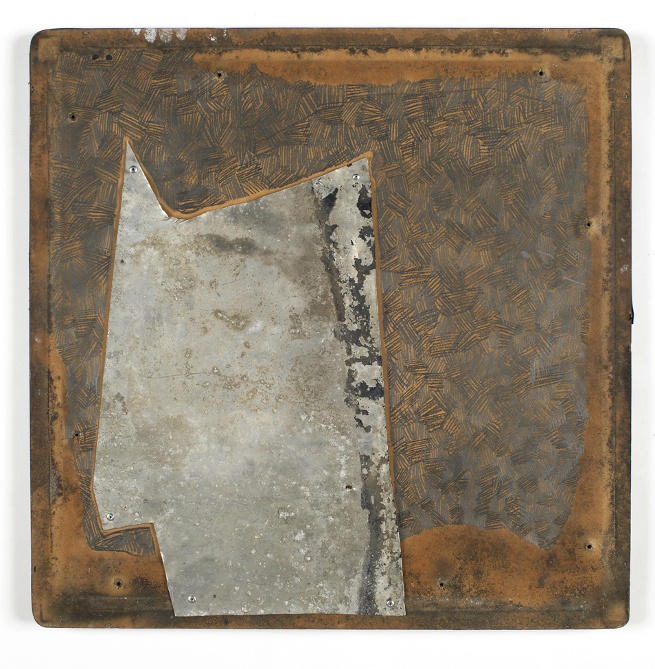 My ongoing practice seeks to visually interpret the four generally understood metaphysical stages of classical alchemy: nigredo (blackness), albedo (whiteness), citrinitas (yellowing), rubredo (redness), and understand how these relate to distinct psychological states of flux, fix and transformation experienced as part of the creative act. Alchemy is full of verbs. The physical act of bringing together and co-mingling writing ink, site-specific waters, chance and luck, along with configurations of found surface, object and element, can lead to 'something other'...a more poetic condition revealed.

Informed by the floods of 2012 and 2013, last year's work focused on a visual understanding of the dark, inky flux of nigredo, the immersive, incubatory first stage of alchemy. Current work investigates the second stage, albedo, and seeks to illustrate the transformational action of albedic light and order upon the dark, swirling waters of the Nekyia, Jung's night journey on the sea.

Black Canvas(2013) was made during the start of my investigations into the state of alchemical nigredo. As part of the making process, the canvas was repeatedly immersed in black writing ink and local flood waters. Each time the previous story was washed away and a new story 'written' upon the surface. It is an attempt to understand the nature of beginnings.

Mountain (2012) brings together two found surfaces to create a made third, and is an experiment in understanding the nature of immersion. The hand is present but with reservation, repetitive pencil marks evidence ongoing investigation into how to lose oneself in the work, how to absent oneself from the outcome