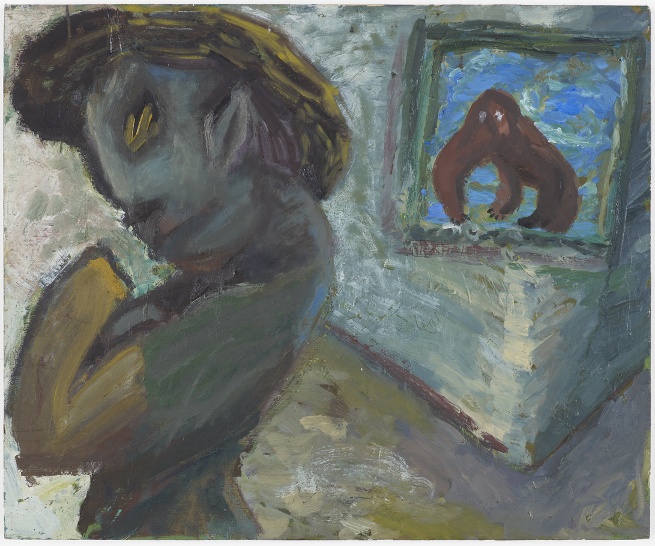 My works attempt to understand the mythical, the unknown and their relationship with paint itself. Through ways of exploring form and colour I seek to convey a sense of the transcendental. Central to my concern is the moment in which the figure (human or animal form) is transformed into a subject of the mythical and the archetypal so that it exists on its own, outside the limitation of time and become timeless In this process I examine the nature of myth and strive to invent a new myth.

The works included in this year’s New Contemporaries come from my on-going project Enkidu based around my studies of human & animal figurines from early Greek and Mesopotamian periods. The obstacle or the question is one of representation: what defines a human figure and an animal figure aesthetically and philosophically? The human and the bestial were both present in many of the antique objects I’ve looked at, their relationship remains an intriguing element, and my challenge as an artist is to provoke this intrigue by the language of painting, so that it gives rise to all kinds of senses and experiences, so that it becomes the myth.