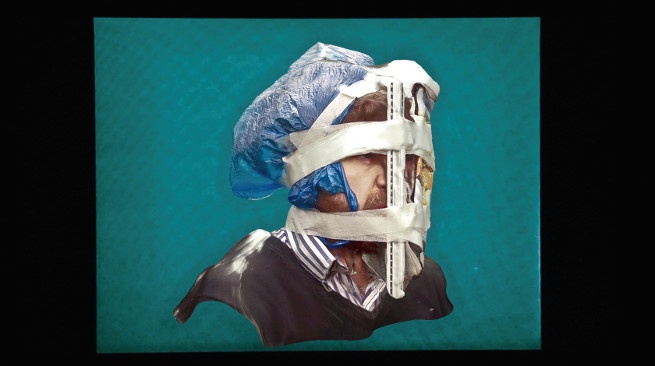 Working in multiple mediums ranging from photography, digital film, sound, 3D animation and installation, Charles Richardson draws from that which is present in his actual environment. His personal predisposition is to respond to experiences that are in relation to himself. The same goes for the materials and technologies he implements – they are almost always things that present themselves organically through encounter and chance.  Richardson’s practice is led by instinct and experimentation - an almost scientific manner that accumulates steadily as it evolves. He is particularly interested and conscious of encounter and spectatorship – the relationship with the viewer is always in mind.

Rehearsal, the video/animation Richardson presents, is equally contemporary and distant as it is nostalgic and intimate. The animated 3D busts are provisional hybrids made up of human head and everyday detritus. These figures begin as ephemeral performances that are then solidified in a virtual world that is hard to place due to its anachronistic setting - an old 16mm projection space. The act of dressing the heads is a simple metaphor of the accumulative life; daily objects tightly bound to the heads taunt the lost expressions of the figures. Using a simple, but very actual application, the head is rendered in such a way that is uncanny, weird, even grotesque: challenging the pristine high production values of the digital world. Echoing these provisional states are the accompanying sounds: classical rehearsals that bring back a sense of intent and relate to the motorised movements of the busts. In Rehearsal, as in all of his work, Richardson explores the symptoms of contemporary life, the human condition and male identity.