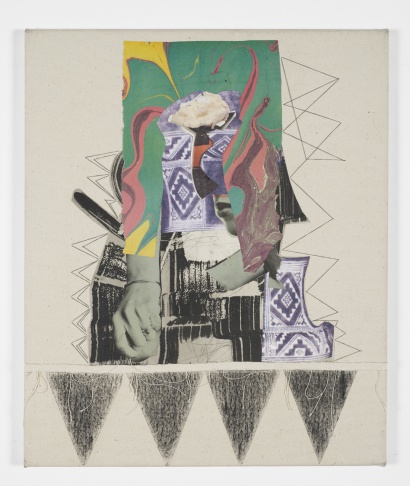 The work maps the histories of political activism and the upsurge of post 1960s militancy. These mappingsare assimilated into paintings and drawings through material and performative gestures.and processes. These are seen as fragmentary in their methodology and attitude, creating interruptions within the pictorial space that function provisionallybetween an image and a painting.

The political dimensions that are scrutinized in the work reference  militant groups such as the Autonomia Operaia (Italy) and the RAF (Germany) and manifest the modes of political resistance through violent acts and attitudes. Their function is to unfold the process of painterly narrative through material interventions instead of historical and chronological accuracy the references originate from. The references are further assimilated into the realm of popular culture, adopting the tactics of collaging and self-styled propaganda found in the Dadaist movement and the subsequent punk aesthetics of the 1970s such as pamphleteering and posters. This createsa stylistic branding of a political attitude that is, in contemporary usage, reified and standardized into fashionable merchandise. Such handling of research material goes beyond appropriation alone by formulating an altogether different political consciousness that simultaneously perpetuates the goal of its information as it misses the target of its communication. Figure-like presence and a fragmented mode of presentation are deliberately used to highlight this point.

Stemming from an attitude  which has political activism at its core  lies a critique of labour., Through this, the work utilises various methods of making that are associated with traditional forms of production and socialisation such as stitching, canvas unpicking, recycling and patching. It is further divided into a series of paintings and drawings titled Capital Realism, Shut your mouth, that recall the functioning of an assembly line through repetitive performance and gestural restrictions. This is done through carefully mediated marks and the use of rollers, masking tape and plastic sheeting. Such attitudes in making designate a separation and a shift between the old forms of productivity based on traditional physicality of painterly performance such as Abstract Expressionism,  in favour of communication and information-based technologies implicated in the contemporary reading of, and making of paintings. The work coheres on both these levels, suggesting the presence of historical context that is intentionally  interrupted and misplaced through material interventions and processes.