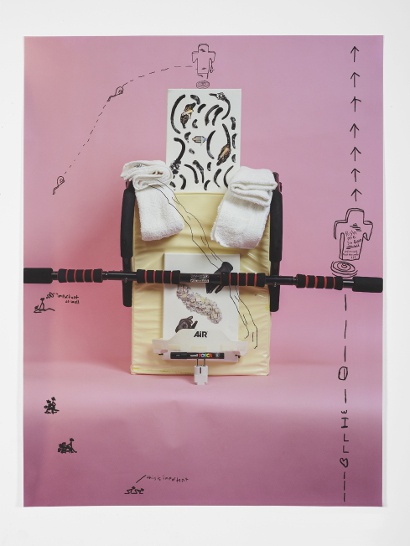 you know we liked him, we really did, he had worked through his troubles and had finally seemingly reached the point where everything was going to blossom, he was going to have the future we all wanted for him and he wanted for himself

falling asleep in the Honda after you park it in your mom’s garage, or falling asleep in your bed, or pulling the sheets over your head one last time, or laying down in the driver’s seat tilted all the way back..

I want to find heart and intrigue in the things I make, I think that is the most important thing.  Taking something that has a trashy background or history and turning that object into a map so I can alternate its importance and make it beautiful or touching, so I can own it and hold it.

evolving into something awkward and icky maybe even sticky.

but in the end its really just crap, and I want to turn this crap, the old failed paintings, yoga matts, sweaty rusty weights, markers, gym towels, treadmill parts, into something that is uncertain, both sexually and instinctively

mountains like bellies ready to birth big babies…or do they just look like graves from here, are they just big graves