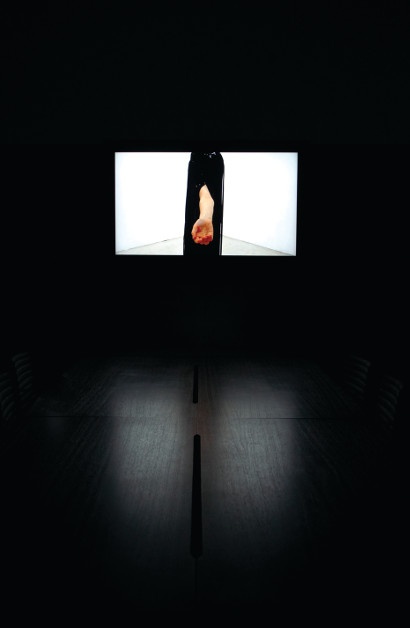 My work has evolved from a dense narrative to encompass an array of elements, which dwell within the realms of performance and documentation. It is specifically aimed at reflecting the male gaze within society, and is constructed as a visual echo, a fragmented tapestry - of patriarchal voyeurism, woven by the father of psychoanalysis, Sigmund Freud and curated in the vision of the Christian archetype of feminine identity.

My practice syphons from the chaotic power of desire and sexual difference, visually responding to Freud's analysis of the Oedipus complex. This complex highlights the fragmentation of the female form through a psychological distancing and visual severing, known as Castration Anxiety, within male consumers, and is subsequently forged at the sight of visual trauma. Quintessentially my work is formulated to capture and reduce this subconscious and supposed normative state of psychological distancing, in turn reflecting the role of women as a visual spectacle for a masculine culture.