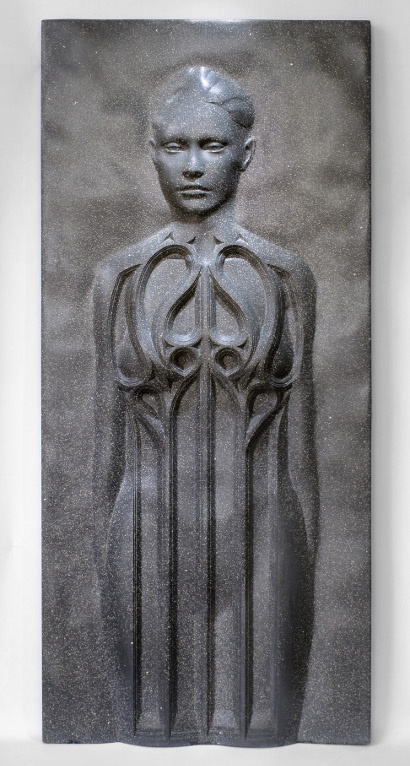 Bee Flowers contemplates the complex relationship between culture and the individual.. Influenced by his earlier experience in the dairy industry, he has come to think of human existence in terms of flowing liquids in which individual identities emerge as distinctive shapes.

In the way that infectiously self-replicating bacterial cultures are used to transform milk into cheese, similarly  the mimetic spread of cultural concepts shape the mind of the individual, determining their position relative to society.

Reminiscent of the factory floor at dairy processing plants, cultural systems are represented in the form of machine-like objects that guide and transform liquids.

In Flowers' limestone bas-reliefs, historical design motifs masquerade as parts of human anatomy, suggesting an imposed cultural intrusion having grown into an inseparable part of the self.