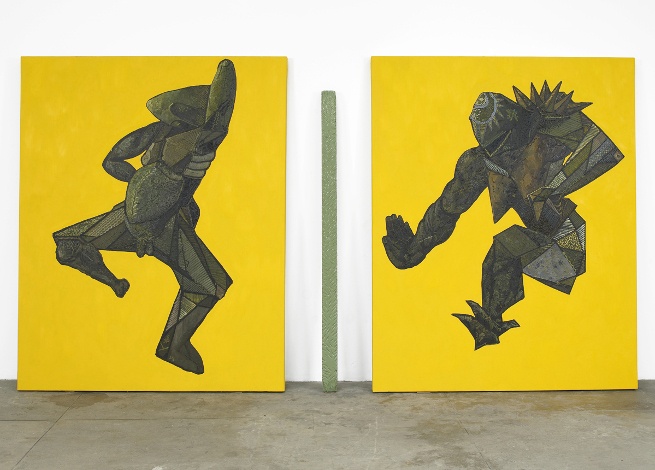 I revisit the language of early Modernism to interrogate the fascination surrounding the past, primitivism, civilisation and mythology.

My practice makes constant reference to the work and ideas of early 20th century avant-garde artists, their visual and verbal rhetoric of destructive purification, and their exhilaration in irrevocable, violent shifts in the social, political and aesthetic status quos. In doing so I propose the early Modernist art canon to be of questionable morality; the rampant individualist face of totalitarian mass ideologies; and a distant well from which springs both the pleasures and anxieties of todaysmodernity.

My work engages with traditional methods of  painting, woodcarving and poetry, but also digital print This forges an artistic language whereby forms are seemingly traditional, but also ambiguous and problematic. I draw upon ideologies of powerand their interweaving with the idea of the heroic physical body. I persistently employ a perverse and sometimes monumental grammar of the defunct language of post-Impressionism, Fauvism, to Expressionism and Cubism, with its reference to both myths of the Modernist canon and the folk art from which it drew many of its forms.