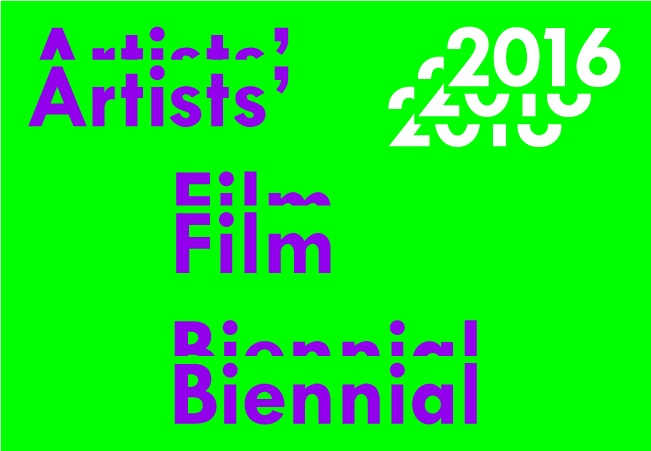 Join us for the Biennial launch on Wednesday 25 May, ICA Bar, 8-10pm. Free and open to all

The ICA Artists' Film Biennial 2016 is a five-day celebration of artists' film and moving image, taking place from 25–29 May 2016. The Biennial, now in its second edition, offers audiences the opportunity to see some of the best new film and rarely seen works in one place and engage directly with artists, curators and industry practitioners from all over the world.

Themes of social and political identity permeate the content and subjects explored by the biennial participants. These themes underpin moving image’s relevance in 2016 and emphasise its role as a discursive tool, pushing discussions beyond the walls of the auditorium and into the everyday.

At the centre of the programme are the profile screenings, presenting comprehensive bodies of work by American artist Ellen Cantor (1961-2013) curated by Fatima Hellberg and Norwegian artist Lars Laumann curated by Steven Cairns.

Artists Ahmet Öğüt, Charlotte Prodger, Martine Syms and Ming Wong will present works as part of the artist-selected screenings. Each artist will select a number of works that are important to them, not necessarily their own, offering a chance for audiences to learn what inspires and interests them.

Curator-selected screenings will be chosen by Saim Demircan, curator and writer based in Berlin, Hanne Mugaas, director and curator of Kunsthall Stavanger in Norway, and collective Radclyffe Hall, a group of artists and writers with no fixed membership or base, committed to exploring culture, aesthetics and learning through the lens of contemporary feminism.

Two screenings result from international open calls aimed at practitioners from all disciplines who have graduated within the past five years. One curator contributes an independently selected programme to the biennial. The second open call invites emerging artist filmmakers to submit work made in the past two years relating to the theme 'Outside'.

As well as the main biennial programme, the ICA also hosts a series of events exploring the interconnected relationship between the artist, production, distribution, collection, and exhibition of artists' moving image. Key practitioners from different fields within the industry come together at the ICA to share case studies and experiences in a series of presentations and seminar discussions aimed at industry professionals. Presentations and panel discussions draw upon key individuals from Film and Video Umbrella, The Film London Artists' Moving Image Network (FLAMIN), frieze, HOME, LUX, and Soda Film + Art.

As the only biennial of its kind in the UK, the ICA has invited key UK institutions, venues and moving image practitioners to participate in the programme, providing a platform where these respective fields can come together and this emerging network is strengthened. The biennial fosters dialogues between artists and audiences, offering the opportunity to discuss and debate recent moving image practice face to face with industry practitioners.

Join the conversation on social media with the hashtag #AFB2016

The Biennial’s comprehensive series of screenings and talks extends the ICA’s Artists’ Film Club, our regular programme of artists’ film, which profiles and debates the best international artists’ moving image. Established in 2007, the Artists’ Film Club platforms emerging and established artist filmmakers here in London, and at partner venues across the UK via the ICA’s Artist Moving Image Network. These partnerships also inform the content of our 2016 Biennial