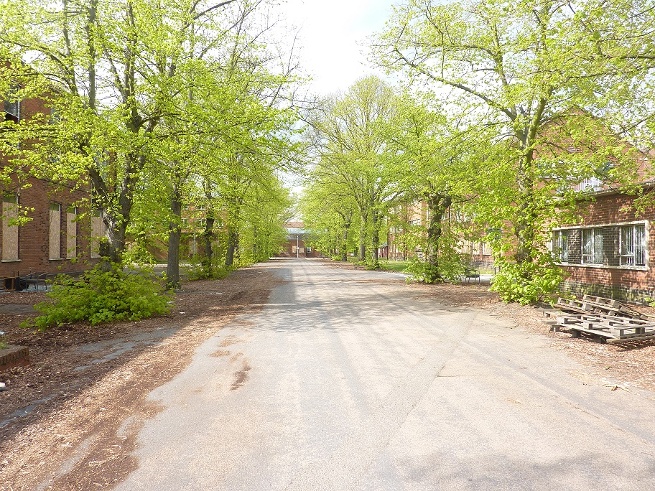 Note: this event runs from 11am until 3pm, with a short break.

This symposium explores the complex ways in which cities are mediated and how mediation forms urban experience. From ruins, apocalypse and artists’ attempts to capture and overcome fragmentation, to the imagining of a civic public through choirs, data or news footage, we consider how the city and its inhabitants are ‘scaped’ and scoped through mediating practices.

This talk provides an overview of the histories, stakes and possibilities of the ‘media-urban nexus’. As a notion, the media-urban nexus points to, on the one hand, how the practices, rhythms and motilities of urban living compel certain uses, exposures and desires in relation to media; and on the other hand, how media forms, infrastructures, and industries inhabit and are increasingly ‘built-into’ urban environments. Thinking in these terms provides a way of understanding both emergent forms of mediated fragmentation, as well as emergent forms of mediated publics.

A visual presentation of the "pre event" of ruins in relation to the "non event" of the apocalypse; how urban exploration can be seen to both penetrate the present and occupy an apocalyptic future.

Through a discussion of Nigel Henderson’s images of the East End, the ICA’s early exhibitions and Lorenza Mazzetti’s film Together (1956) this talk explores the role of the reflective surfaces within the reimaging of a post-war cityscape.

The cross-pollination between underground filmmakers and poets in 1960s America has been well documented, but what relationship existed between filmmakers and poets in the London scene? This paper offers a brief survey of experimental films from the 1960s such as John Latham's Talk Mr Bard (1961) and Speak (1962), Jeff Keen's Marvo Movies Natter(1968), and Barbara Rubin's unrealised script Christmas on Earth Continued (1965) to locate an urban community amid these fragments of words, sound and light.

This talk examines Rory Mullarkey’s adaptation of Aeschylus’ The Oresteia (Globe Theatre, 2015), reading its visual and aural aesthetic as a response to contemporary political cultures in crisis.

13.15 Güneş Tavmen: On algorithms and data practices within the city

In what ways are algorithms shaping our social lives within the city? Through three current case studies of algorithmic mediation in London this talk explores how data practices shape our experience of the cityscape.

13.30 Dr Justin Schlosberg: Revolution or Coup? A spotlight on television news coverage of the EuroMaidan, 20 February 2014

One city, one square, one day: two rival global news stories. This presentation will compare television reports by the BBC and RT (Russia Today) in a bid to understand how such diametrically opposed perspectives came to the surface: a populist uprising against an authoritarian state versus a fascist-led coup d’etat.

This talk explores what photography on the underground reveals about contemporary urban social relations.

Ben Cranfield is a lecturer in Cultural Studies and Director of the PhD in Humanities and Cultural Studies, Birkbeck. He is currently working on a book project titled With Time: Curating the Contemporary in Post-War Britain. His work investigates the relationship between curatorial practice, the histories and politics of art institutions, archives and experimental art practice in post-war Britain.  Recent articles have been published in Tate Papers, The Journal of Visual Culture and The Journal of Curatorial Studies.

Grace Halden is a Lecturer in Modern and Contemporary Literature at Birkbeck with interests in twentieth and twenty-first century technology and literature. Her research focuses on technological themes in popular culture and literature, science fiction, ideas of the human condition, and genocide/apocalypse studies. Her forthcoming book is under contract with Routledge and entitled Three Mile Island: The Meltdown Crisis and Nuclear Power in American Culture. She is a member of The Atomic Photographers Guild and is working on several photographic projects such as 'Ruination', from which her talk is partly based.

Louise Owen works as a Lecturer in Theatre and Performance at Birkbeck. Her research examines contemporary theatre and performance in terms of economic change and modes of governance. Her writing has been published in Performance Research, frakcija, Contemporary Theatre Review, and TDR. Her monograph, Agents of the Future: Theatre, Performance and Neoliberalization in Britain in under contract with Northwestern University Press. She is currently working on Theatre & Money for Palgrave Macmillan's Theatre& series. She co-convenes the London Theatre Seminar and is co-director of the Birkbeck Centre for Contemporary Theatre.

Scott Rodgers is Senior Lecturer in Media Theory at Birkbeck. His research specializes in the relationships of media and cities and the geographies of communication. Scott also has broad interests in media production practices, digital and networked technologies, journalism, urban politics and ethnographic methodologies. His publications have appeared in journals such as Society and Space, City and Community, International Journal of Urban and Regional Research, Space and Culture and Journalism: Theory, Practice and Criticism.

After spending four years in laboratories and getting a degree in Chemistry from the Middle East Technical University, Güneş Tavmen has decided to cross to the other side and has since then studied, taught and worked on social and cultural implications of technology. Her current PhD research at Birkbeck focuses on open data practices in London and enquires into the contested discourses of the ‘smart’ city. Prior to that, she worked for a non-profit organisation in Istanbul and has written on data technologies, human rights, and online censorship and surveillance in Turkey.

Justin Schlosberg is a media lecturer, researcher and activist based at Birkbeck, University of London. He is the current Chair of the Media Reform Coalition and author of two books about the media, including the forthcoming Media Ownership and Agenda Control: The hidden limits of the information age (Routledge, 2016).

Fintan Walsh is Senior Lecturer in Theatre and Performance Studies at Birkbeck’s Department of English and Humanities and Co-Director of the Centre for Contemporary Theatre. Recent writing has focused on performance, sexuality and public intimacy, including the chapter ‘On Generous Performance’ (in It's All Allowed: The Performances of Adrian Howells, ed. Heddon and Johnson, 2016), the article ‘Touching, Flirting, Whispering: Performing Intimacy in Public,’ TDR: The Drama Review (2014), and the book Queer Performance and Contemporary Ireland: Dissent and Disorientation (2016).

Steve Willey is a Lecturer in Creative and Critical Writing at Birkbeck, the Programme Director of the Joint BA in Creative Writing and English and Co-Director of Birkbeck’s Contemporary Poetics Research Centre (CPRC). Publications include two poetry collections Elegy (Veer Books, 2013) and Sea Fever (Knives Forks and Spoons, 2016). His monograph-in-progress, Sounding the Room of British Poetry: Internationalising Community in the School of Bob Cobbing is a literary history of the international poetic and avant-garde from 1945-2008.

In partnership with Birkbeck, University of London