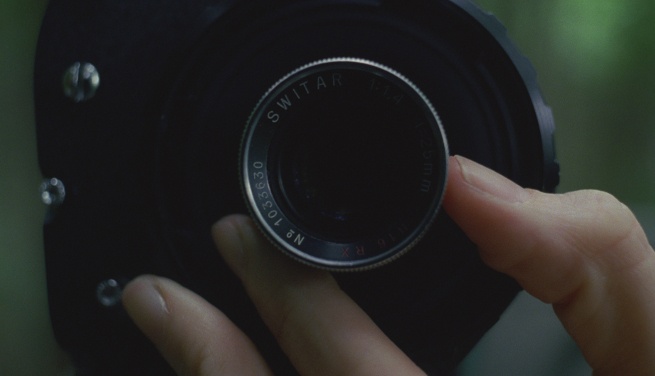 A workshop for emerging filmmakers in our ongoing series of events for STOP PLAY RECORD. This discussion event features a presentation from artist filmmaker Margaret Salmon on her work and approaches when shooting on 16mm and 35mm film. Reflecting on the artistic, as well as practical aspects of working with and shooting on film, Salmon will share here experience and expertise. The presentation is accompanied by the screening of some of her work and a discussion with the opportunity to pose questions to the filmmaker.

Margaret Salmon creates film portraits that weave together poetry and ethnography. Often focusing on individuals in their everyday habitats, her films capture the minutiae of daily life and infuse them with gentle grandeur, emotional intensity and formal abstraction, touching upon universal human themes and historical/contemporary narratives. Adapting techniques drawn from various cinematic movements, such as Free Cinema, the European Avant Garde and Italian Neo-Realism, Salmon’s orchestrations of sound and image introduce formal lyricism and abstraction into the tradition of realist film.

Salmon won the first Max Mara Art Prize for Women in 2006. Her work was shown at the Venice Biennale in 2007 and the Berlin Biennale in 2010 and has been featured in solo and group exhibitions as well as film festivals internationally. Based in Glasgow, Salmon in is post production on her first long form film, Eglantine, shot on 35mm on location in Scotland.  Having worked as DOP on various artists’ films throughout her career, Salmon’s cinematography was featured in Jarman Award-winning films Gonda and Medea (Ursula Mayer).

Join us for another filmmaking workshop in June.