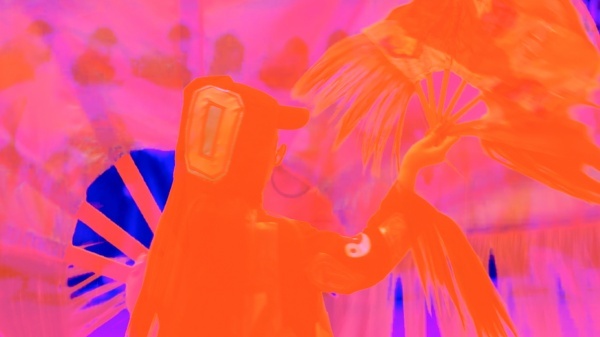 A particularly gendered set of obstacles emerges from the contemporary ubiquity and commodification of the digital sphere. From sexual harassment and privacy to issues surrounding divisions of labour, the progress of gender justice has in some ways failed to keep pace with the dizzying velocity of digital developments. At the same time, new networked technologies have come to dominate the horizons of critical discourse, pushing older and more quotidian devices to the margins of cultural visibility. And yet, these domesticated technologies (from the Hoovers to HRT) continue to exert a shaping influence on many people’s everyday lives. It is critical that feminists find new ways of interrogating technologies in order to forge a radical gender politics fit for an era in which the analogue and the digital are inexorably intertwined.

Traversing the fields of philosophy, art, performance, politics and gender theory, this five day convening of thinkers and artists advances discourses of technofeminism that have unfolded over the past two decades. Programmed in partnership with writer Helen Hester, Post-Cyber Feminist International marks twenty years since The First Cyberfeminist International (Documenta X, Kassel, Germany, 1997) and pays homage to its productive format and legacy. With the technological landscape vastly changed since the first International, we are living in a time well beyond the imagined future of the first cyberfeminists. Expanding upon this particular genealogy, this convening purposefully constellates thinkers to consider a new vision for post-cyber feminism that is substantive and developed, without being exclusionary of contestation.

Throughout Post-Cyber Feminist International participants propose methods for how feminist and queer practices can forcibly impact the future of technologies. Issues and ideas addressed include reproductive justice, media use by black women and the gender non-conforming, practices of biohacking, intersectional approaches to sonic cyberfeminism, #glitch feminism, and sexism in the tech industry. Technology is considered here as primarily a social phenomenon, and participants are invited to propose new trajectories for the social relations by which technology is simultaneously constituted and constrained.

The term ‘post-cyber feminism’ was first cited in Helen Hester’s essay After the Future: n Hypotheses of Post-Cyber Feminism (2017), commissioned by Res., in response to material selected for the Kathy Rae Huffman Reading Room (2016/17).

Co-produced by the Korean Cultural Centre, with further support by the Goethe-Institut London