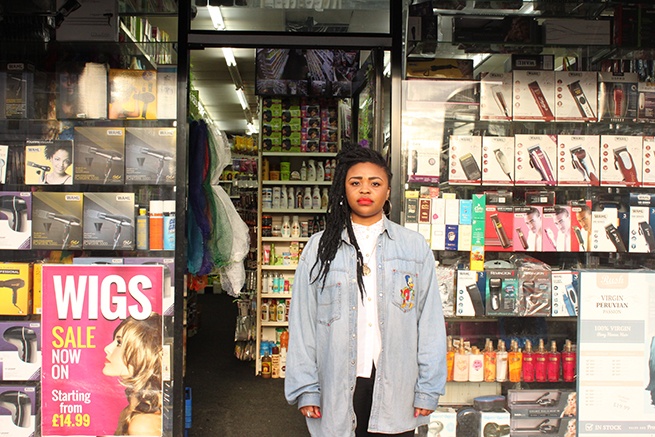 Akwugo Emejulu chairs a panel of artists, poets and academics including Siana Bangura, Kiyémis and Francesca Sobande for a discussion of Black feminist uses of digital media. The panel explores new feminist trajectories for how Black women are subverting their misrepresentations to create new depictions of Black womanhood.

Siana Bangura is a writer, blogger, public speaker and freelance journalist hailing from South East London. She is an award-winning poet and performer: her debut collection of poetry, Elephant, was published in May 2016 by the Haus of Liberated Reading. Siana is a producer, working across film and theatre and is currently producing the upcoming film 1500 & Counting, investigating police brutality and deaths in custody in the UK. Siana is also the founder and editor of Black feminist platform No Fly on the WALL.

Akwugo Emejulu is Professor of Sociology at the University of Warwick. Her research interests include investigating racial and gender inequalities in Europe and the United States and exploring women of colour's grassroots activism for social justice. Her work has appeared in the Journal of Ethnic and Racial Studies, Politics & Gender, Race & Class, Soundings and the European Journal of Women's Studies. Her co-authored book, Minority Women and Austerity: Survival and Resistance in France and Britain, was published in July 2017 by Policy Press.

Kiyémis is an afrofeminist Parisian writer and blogger. She studied history and political science. Eager to bring into the light Black women's work and contributions, she started a blog called Les Bavardages de Kiyemis where she addresses systemic racism, sexism and fatphobia. She is also published in Buzzfeed, Slate, Atoubaa and Les Glorieuses and has appeared in Le Monde M, Grazia, and the Huffington Post. Her forthcoming poetry book A Nos Humanités Révoltées will be available at Les Editions Metagraphes in March 2018.

Francesca Sobande is a Lecturer in Marketing and Advertising at Edge Hill University, with a background in sociology and politics. Her marketing PhD research (University of Dundee) explores the experiences of Black women in Britain as media content producers and spectators. Francesca's interests include issues regarding identity, inequality and ideology in relation to digital media and markets. She has forthcoming work in journals such as the European Journal of Cultural Studies, and edited collections including It's HBO! Life After Legacy: Reading HBO's New and Original Voices (Race, Class, Gender, Sexuality and Power).