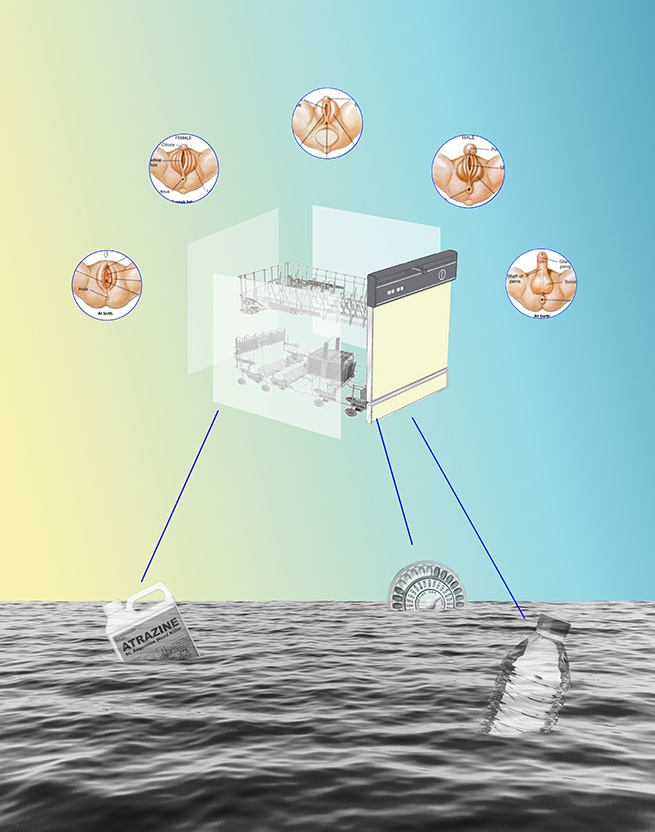 What Can Post-Cyber Feminism Do For Reproductive Justice?

Eleanor Penny leads a panel of artists and writers including Joni Cohen, Shu Lea Cheang and Mary Maggic to address social and biological reproduction and the potential for reproductive justice in relation to post-cyber feminism.

Shu Lea Cheang is a multimedia artist who works in the fields of net-based installation, social interface and film production. Active in experimental video and net art since the early 1980s, her work deals with the techno body and queer politics. Among her most important net art works are Bowling Alley (1995) and Buy One Get One (1997). Her features include FRESH KILL (1994), I.K.U ( 2000) and the recent FLUIDØ (2017).

Since 2001, Cheang’s focus has shifted to the digital commons and open bandwidths, with the projects Kingdom of Privacy (2002), Burn (2003) and Garlic=Rich Air (2002-03). Other notable recent works include the Locker Baby project (2001–12) in three parts. UKI (2009-), a sequel to I.K.U., was realized as a viral performance and viral game (2009-16). Shu Lea Cheang is currently developing Unborn0x9, an open hardware hack project with ultrasound echo-stethoscopes.

Joni Cohen is an independent essayist and activist based in Sheffield, most often working in collaboration with Sophie Monk. Her key areas of interest are Marxist transfeminism, the politics of care and disability, and communist politics more generally. In recent years she has published various essays with Novara Media including trilogy on queer marxism, focusing on issues of social reproduction, the role of heterosexuality under capitalism and queer and trans experiences of violence respectively. She is currently in the early stages of a book project on Marxist theories of social reproduction.

Mary Maggic is an artist and biohacker working at the intersection of biotechnology and cultural discourse. Their most recent projects Open Source Estrogen and Estrofem! Lab seek to subvert dominant biopolitical agents of hormonal management, knowledge production and anthropogenic toxicity. Maggic holds a BSA in Biology and Art from Carnegie Mellon University and a MS in Media Arts and Sciences from MIT Media Lab.

Eleanor Penny is a writer, poet and essayist. She is the Senior Editor at Novara Media, Online Editor at Red Pepper Magazine and Housmans Writer in Residence 2018. Her work focuses on gender, technology, economics and the far right.

Due to unforeseen circumstances, Helen Hester is no longer able to participate