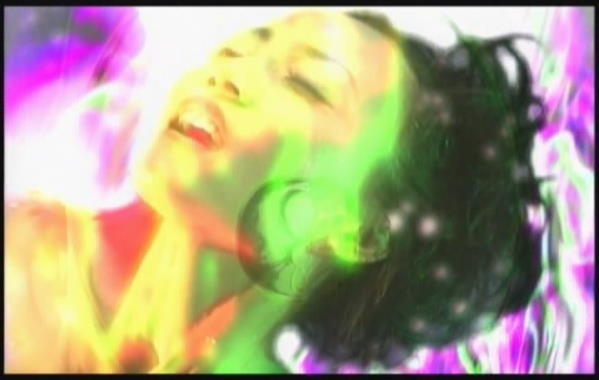 In the case of ‘n hypotheses’, the mechanism of iteration (facilitated by the absence of a pre-determined endpoint) is designed to allow for divergence, refutation, and innovation, but also to provide a crucial space for attestation in which identity can be articulated and mobilized for political, theoretical, and creative ends. – Helen Hester, After the Future: n Hypotheses for Post-Cyber Feminism

Helen Kaplinsky chairs a panel of artists and curators including Annie Goh, Legacy Russell, Diana McCarty and Faith Wilding to propose 'n hypotheses' of post-cyber feminism. Each presents a diagnoses of what they believe happened to cyberfeminism and proposes a new trajectory for where it can go from here.

Following this discussion, please join us in the ICA Theatre for a viewing of Update, Updating, Updated, a film installation by collective Laboria Cuboniks at 8.30pm.

Annie Goh is an artist and researcher working primarily with sound, space, electronic media and generative processes within their social and cultural contexts. She has co-curated the discourse program of CTM Festival Berlin since 2013. She has recently published in parallax, n.paradoxa: feminist art journal and Flusseriana: An Intellectual Toolbox and is currently undertaking a PhD at Goldsmiths University of London as a Stuart Hall Foundation PhD fellow, funded by CHASE/AHRC.

Helen Kaplinsky is a curator and writer based at Res., a gallery and workspace in Deptford, South East London, collaboratively programmed with Sarah Jury and Lucy A. Sames. Helen Hester’s essay After the Future: N Hypotheses of Post-Cyber Feminism was commissioned by Res. in response to media art curator Kathy Rae Huffman’s library of rare books held by Goldsmiths, University of London. The next stage of this programme, Alembic (January to June 2018) is an ambitious multi-platform programme questioning the reproduction of bodies, alchemically transmuted through digital technology. It consists of three intergenerational duo exhibitions inviting Faith Wilding and Elizabeth Mputu, Maggie Roberts and Ayesha Tan Jones, and Shu Lea Cheang and Annabelle Craven-Jones.

Diana McCarty is a founding editor of reboot.fm 88.4 FM and a co-founder of the radia.fm network. In 1997 she co-founded the faces-l mailing list. As a cyberpunk in the 90s, McCarty was active in Budapest with netzkultur (the metaforum conference series), net.art and nettime. Recent work includes experimental film, script writing, cosmic advising and collaborating with Luta ca caba inda. McCarty is a proud Chicana from Albuquerque with a long-term interest in radical feminists. She lives and works in Berlin.

Legacy Russell is a writer, artist and cultural producer. Born and raised in New York City's East Village, she is the UK Gallery Relations Lead for the online platform Artsy. Her work can be found in a variety of publications: BOMB, The White Review, Rhizome, DIS and beyond. Her first book Glitch Feminism will be published by Verso and is forthcoming in 2017.

Faith Wilding emigrated to the United States in 1961 from Paraguay. She received her MFA at CalArts where she was a founding member of the Feminist Art Program. Wilding is a multi-disciplinary artist whose work addresses aspects of the somatic, psychic and sociopolitical history of the body. Recent publications, lectures, exhibitions and performances focus on issues of cyberfeminist theory and practice, with particular emphasis on biotechnology.

Laboria Cuboniks is a xenofeminist collective, spread across five countries and three continents. Since the publication of Xenofeminism: A Politics for Alienation in 2015, members have been working both collaboratively and independently to develop some of the key ideas and claims of the manifesto.

After the Future: n Hypotheses of Post-Cyber Feminism was commissioned by Res. in response to material selected for the Kathy Rae Huffman Reading Room (2016/17).

Update, Updating, Updated is produced by The Future of Demonstration, Season 1: VERMÖGEN, 2017

Due to unforeseen circumstances, Helen Hester is no longer able to participate