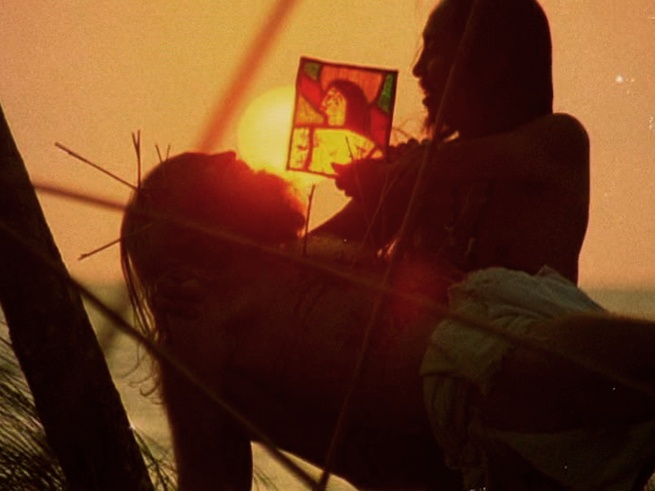 The Essay Film Festival is an annual celebration of this elusive, disruptive, and dynamically hybrid form. The aim of the festival is to expand the visibility of the essay film, not as a fixed genre but as a spectrum of possibilities, shifting between registers and playing with conventions. Bringing together the most striking, innovative examples of essayistic filmmaking—both contemporary and historical—from around the world, the festival complements the screenings with in-depth discussions with filmmakers and special guests.

This year’s festival features a retrospective of the wide-ranging career of Kidlat Tahimik, the Filipino filmmaker and artist, including the UK premiere of his latest film Balikbayan #1 Memories of Overdevelopment Redux III, and his rarely screened masterpiece Why Is Yellow the Middle of the Rainbow? as well as the cult classic Perfumed Nightmare. Kidlat Tahimik will be present at the festival, participating in post-screening discussions.

There are special events devoted to British essayists Miranda Pennell (The Host) and Sarah Wood (I Am a Spy), and the first UK screening of Iranian filmmaker Bani Khoshnoudi’s political essay The Silent Majority Speaks. On the opening night, the Essay Film Festival is proud to host the UK premiere of Manoel de Oliveira's posthumously released Visit, or Memories and Confessions.