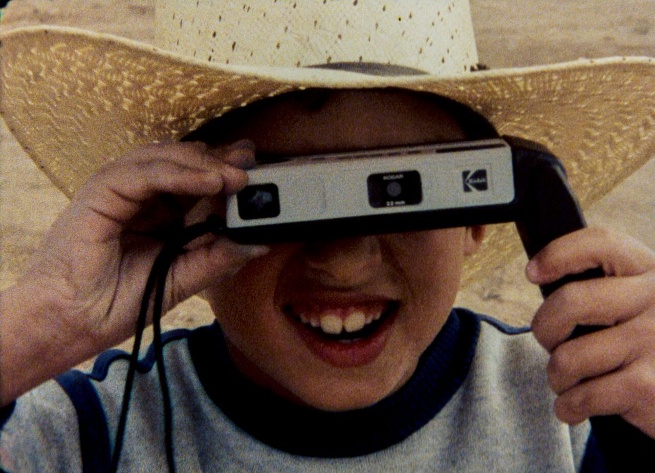 “In an age of rising seas and collapsing economies, the film shows us how to be furious at all the injustice in the world but also how to face that injustice with the utmost joy. There are indeed few, if any, films like this….” Christopher Pavsek

Kidlat Tahimik has often referred to filmmaking as the equivalent of a long trip. In Why Is Yellow the Middle of the Rainbow? that conception is fully developed as Kidlat and his son travel through almost two decades of political turmoil and natural catastrophes that have ravaged the Philippines. Assembled into eight chronologically ordered sections, each given a “colour of the rainbow”, plus an introduction and an epilogue, this is a monumental, open-ended work, chronicling the journeys of father and son, their encounters and rites of passage. It provides a window onto the universe of Kidlat Tahimik, espousing a utopian vision of life, nature and identity wide in its scope and implications.

Why Is Yellow the Middle of the Rainbow?, dir. Kidlat Tahimik, Philippines 1980-94, 175 mins. English and Tagalog with English subtitles.