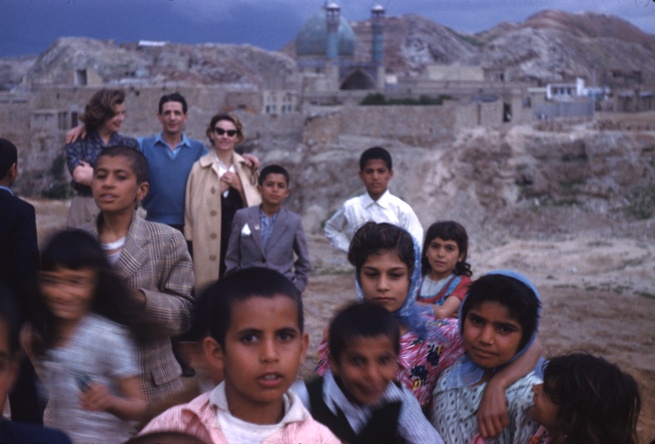 Filmmaker and visual artist Miranda Pennell presents her latest film The Host and discusses the archival research that went into the making of it. She shows some archive films about Iran sponsored by British Petroleum—Persian Story (1952), Full Circle (1954), Oil: The Two-Way Benefit (1970)—and discusses oil narratives and the cultural politics of oil with Mika Minio-Paluello (researcher at Platform, co-author of The Oil Road) and Morad Montazami (research-curator for the Middle East and North Africa, Tate Modern, supported by Iran Heritage Foundation).

While investigating her late parents’ involvement with the Anglo-Iranian Oil Company (BP), filmmaker Miranda Pennell came across the letters of a petroleum geologist in Iran in the 1930s, who would later embark on a search for the origins of civilisation. Setting out on its own exploration to decipher signs from the fragmented images buried in the BP archive, The Host interweaves stories drawn from both personal memory and from the records of an imperial history. Pennell’s immensely compelling film is about the stories we tell, the facts and fictions we live by – and their consequences. Notes by Independent Cinema Office.

This event is organised in collaboration with the Independent Cinema Office, with support from Birkbeck School of Arts. With thanks to BP Video Library and British Film Institute.