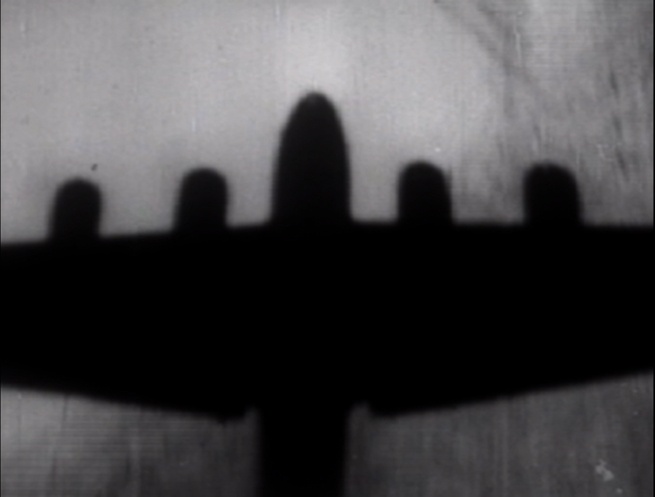 Sarah Wood is in conversation with Catherine Grant (University of Sussex, Film Studies for Free)

In a world saturated with the still and moving image, how does the documentary image perform truth? Does it? What is really found in footage? Sarah Wood works with the found image as an act of reclamation and re-interrogation. In this survey of her recent films she questions not only our relationship to the documentary archival but also to 21st-century viewing conditions—of being observed while observing—ultimately asking how this influences the narration of history and memory.

The parallel histories of cinema and aviation revolutionised the twentieth century, generating irresistible fantasies of freedom and control. Three Minute Warning is a fast-forward history of the real impact of blue-sky thinking. You’ve had your three-minute warning: now is it time to resist?

Helen Macdonald’s murmuration on the histories of observation and the annotation of migration is counterpointed with Sarah Wood’s visual questioning of how the archival document reports the natural world. How can we trust what we see? Do we see with spontaneity or is our view of the world framed by what we are supposed to know, what we have been taught to see? How free are we when we, in turn, are observed?

In an age dominated by the moving image what would it feel like to never see an image of the place that you came from? The Palestinian Film Archive contained over 100 films showing the daily life and struggle of the Palestinian people. It was lost in the Israeli siege of Beirut in 1982. Here interviewees describe from memory key moments from the history of Palestinian cinema. These scenes are drawn and animated. Where film survives, the artist’s impressions are corroborated. This is a film about reconstruction and the idea that cinema is an expression of cultural identity – that cinema fuels memory.

It was only in the twentieth century that we needed papers to have an identity. Kafka’s Joseph K scrabbled in his pocket for something better than a bicycle license to prove who he was in the brave new world where official documents separate those who belong from those who are not allowed to belong. The borders of the new nation state offered frames for subterfuge. What happened on one side of the border had to be understood on the other. In an age when we can move more and see more than at any other point in history why have we become so watchful and so performative? I Am a Spy is a film that observes this watchfulness.