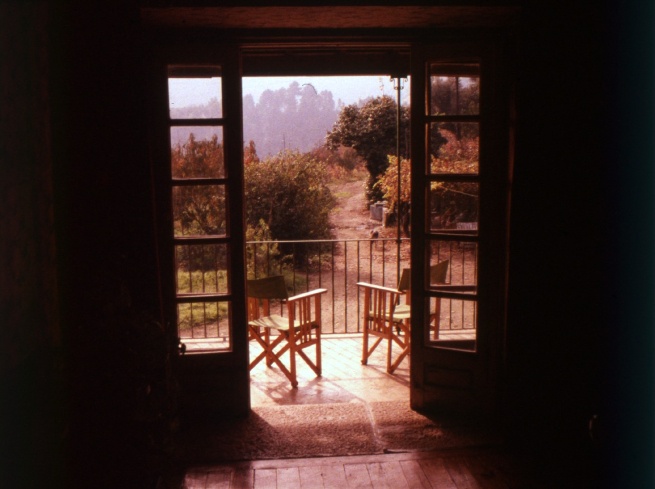 “A poignant filmic will, made in 1982 and withheld until after the director’s death, Visit or Memories and Confessions winds past and future into a Marker-like whorl.” James Quandt

"This is a film by Manoel de Oliveira, about himself and about a house. It is a film by me, about myself. Right or wrong, it’s done." Thus starts this intimate and unexpected film, released only posthumously following the filmmaker’s own instructions. The late and great Portuguese filmmaker directed Visit or Memories and Confessions between 1981 and 1982 at the age of 73, following an intense period of creativity and the conclusion of his Tetralogy of Frustrated Love. Made in a period of uncertainty, the film is a heartfelt expression of the director’s feelings towards his wife and family, and to the house where they lived for over forty years.

Oliveira muses about his life, sharing his thoughts on family, history, religion, artistic creation and architecture, themes that many will recognise as central to his vast and rich filmography. The film resembles an autobiography but only deceptively so, being also a beautiful reflection by the filmmaker about his own craft, the place of fiction and reality in cinema, and ultimately “a film in pursuit of what is real."

With thanks to the Cinemateca Portuguesa - Museu do Cinema, the family of Manoel de Oliveira and the Portuguese Embassy in London