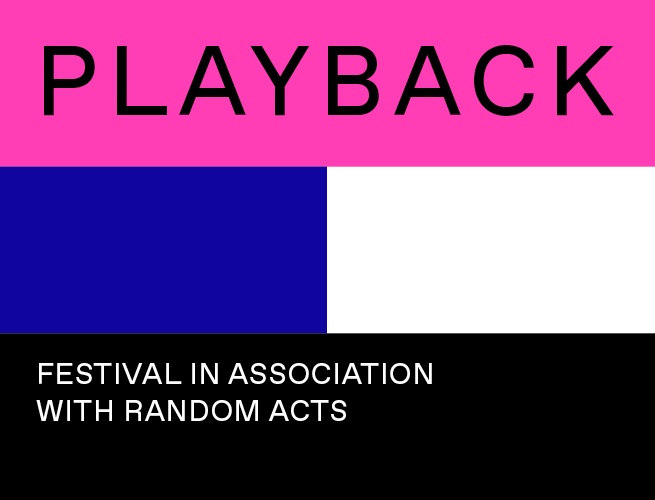 Playback Festival returns to the ICA 21–25 March 2018, with 95 brand new films from young artist filmmakers in one exhibition alongside a public programme of filmmaking workshops, guest talks and events, opening up the world of filmmaking to emerging artists and new audiences. Find out more about the 2018 festival here.

Celebrating the creativity of young people from across England, Playback Festival 2017 showcases 145 short films by young artist filmmakers aged 16–24 in one interactive exhibition. From animation and comedy, to dance and spoken word – step inside the exhibition space and choose your selection of films from interactive displays or view curated showreels in a cinema-like environment.

All films were made as part of Random Acts, a joint initiative between Arts Council England and Channel 4 which aims to showcase bold expressions of creativity. The works are presented on a large projection screen as well as across interactive video monitors on which you can choose from the full selection of films, and it is the first time that all of the young filmmakers’ work has been screened together in one place.

The exhibition will be free and open to the public in the ICA Theatre for the duration of the festival – on arrival just head to the front desk for your free ticket.

The Playback Exhibition features alongside a public programme of filmmaking workshops, guest talks and events from partners such as DAZED, Topsafe and Pulse Films, drawing attention to opportunities for young people and the quality and range of the films produced.

The festival is followed by the national Playback Tour: in association with Random Acts, exhibiting the films across the length and breadth of the country in a range of venues including galleries and cinemas. Confirmed locations include Leeds, Leicester, Newcastle upon Tyne, Worcester and Swindon, with more to be announced.