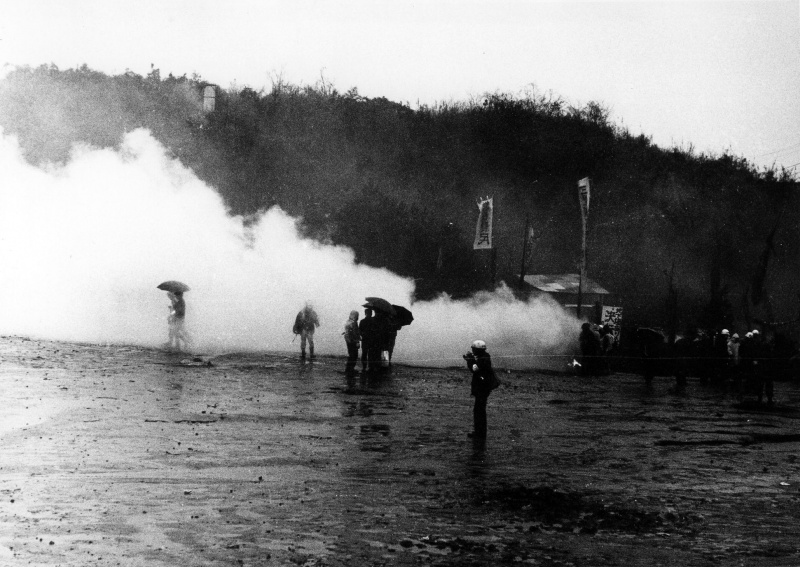 After four years of ﬁerce resistance, the peasants resist the riot police more than ever. The collective of ﬁlmmakers, deeply immersed in the struggle, engages with the farmers, listening to their views and hopes.

Four years into the struggle in the fields of Sanrizuka, a conflict between the land-owners and the government attempting to build a new international airport, the farmers and their allies devised new ways to protect themselves against the riot police. They erected fortresses and barricades, and built and dug tunnels. In the midst of all the escalating repression, the filmmakers record the action and listen to the peasants’ words inbetween epic battle scenes, especially those of the women farmers who share their thoughts on why they continue their struggle. One can feel the relationship of mutual respect that the filmmakers developed with the people after years of living and fighting together.