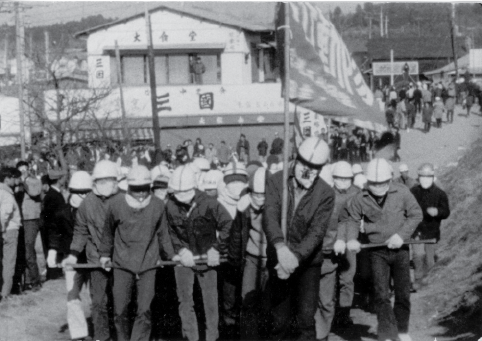 Ogawa Shinsuke and Ogawa Pro: The Battle Front for the Liberation of Japan - Summer in Sanrizuka + Sanrizuka — The Three Day War

Two raw and vital films from a series of seven taking sides with the peasants struggling against the loss of their lands to build a new international airport and the violence by the police.

In 1968 the plan by the government to construct a new international airport in the ﬁelds of Sanrizuka near Tokyo unleashed one of the most important and enduring social upheavals in the history of postwar Japan. The plan sought to evict thousands of farmers from their lands without any sort of respect for the locals’ rights. Their resistance to eviction was met with extreme violence by the police. Activists from all over the country, including thousands of students, joined with the farmers in their mounting struggle.