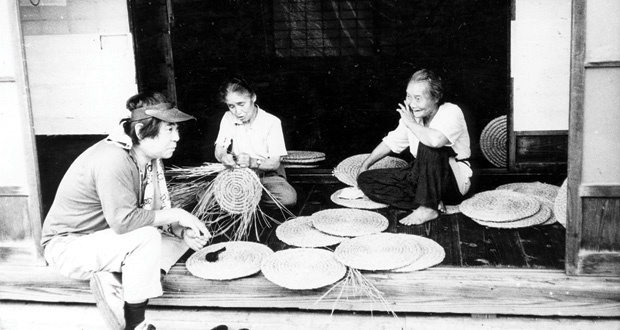 A heartfelt tribute to the few people living in a small village in the mountains. Ogawa Pro moved to the village of Furuyashiki to make a study of the weather and rice. They discovered the whole history of ancient and modern Japan in this hamlet of eight houses.

While living in the village of Magino where they were filming The Magino Village Story, the filmmakers of Ogawa Pro heard about the 'white south', a cold air front blown from the Pacific that damaged the crops in the small hamlet of Furuyashiki. They moved for two years to this small village with eight houses and an ageing population.

Adopting the methods of a scientiﬁc documentary, the ﬁrst part of the ﬁlm is a rigorous investigation of the inﬂuence of the cold weather on the crops. In this small village, the ﬁlmmakers found the whole history of Japan: they recorded the personal and collective stories told by the villagers, including the ancient tales passed down from their ancestors, and they addressed the transformations brought about by the modernisation of the country. The ﬁlm is a tribute to these people, and one of the greatest ﬁlms made by this group of ﬁlmmakers.