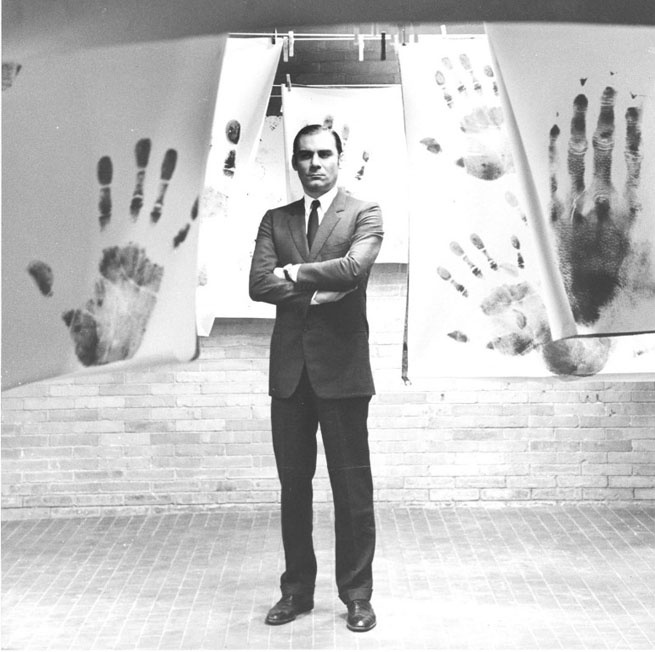 The ICA and Shameless Films Entertainment are proud to present a selection of films by Elio Petri, one of the most fascinating and intriguing filmmakers in Italian cinema of the 1960s and 70s. This selection of films aims to help the British public rediscover a thought-provoking and versatile filmmaker and to re-establish the critical recognition granted to other masters of Italian cinema. Petri is without a doubt one of the sharpest and most elegant of Italian filmmakers of the late 20th century.

Four films are being shown as part of this retrospective, starting with the Oscar winning Investigation of a Citizen. Other features include the much imitated sci-fi movie The 10th Victim, the claustrophobic thriller A Ciascuno il Suo (We Still Kill the Old Way) and the unsettling psychological drama A Quiet Place in the Country.

Uncomfortably individualistic, impeccably stylish and irreverent interpretations of Italian reality, Petri’s films contributed to the period’s political and intellectual debate. Controversial, complex and visually arresting, his films are driven by observations on society and power, exploring social issues still relevant today, such as organised crime, the relationship between authorities and citizens, the role of artists in society, working class rights and consumerism; yet despite these contemporary concerns, Petri and his work remain difficult to classify.

Each of his films stand alone, both in their concept and execution, something which disconcerted critics and cinema experts alike at the time of their release. Since his films always contain an element of social observation, he was branded a ‘political’ director and this definition has perhaps made him appear a difficult, heavy filmmaker and obscured the tragicomic and irreverent elements often included in his films.

Dark, surreal and grotesque, his work remains one the most exciting examples of Italian cinema. His visual style is dazzling and memorable, and unquestionably he belongs alongside the great masters such as Fellini, Visconti, Pasolini and Bertolucci in the pantheon of Italian directors.

This selection of films gives the British public a rare opportunity to rediscover a provocative filmmaker who used various genres and styles, transcending them but remaining true to his idea of entertaining while asking questions.