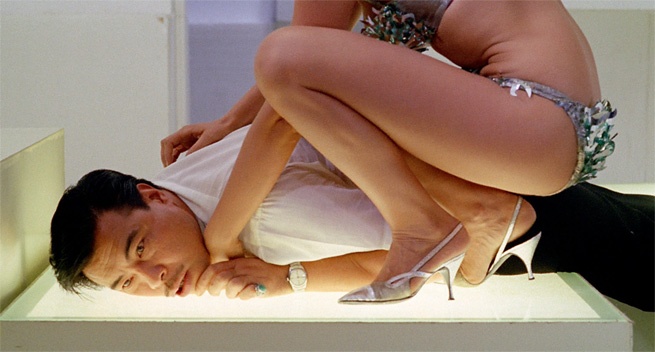 Followed by a Q&A with Kim Newman and Ben Rivers, moderated by Madeleine Mullet from Picturehouse.

A flamboyant, futuristic fantasy in the 1960s pop-art, sci-fi vein of Barbarella and Modesty Blaise, Petri’s late-night cult classic is set in a 21st century where war and aggression have been replaced by a game of legalised murder called 'The Big Hunt.'

Marcello Mastroianni and sex goddess Ursula Andress star as computer-selected contestants of this deadly televised spectacle. She is out to make him her tenth victim in the contest, but romance inevitably intervenes. Legendary in part for Andress’s lethal double-barreled brassiere, this lurid satire lampoons media and advertising, faddish 1960s religions and health trends and the obsession with fame and money.

Kim Newman is a critic, author and broadcaster. One of the world’s foremost experts on fantasy and horror cinema, he regularly contributes to both Sight & Sound and Empire magazine, where he writes the column Kim Newman’s Video Dungeon.

Ben Rivers is an experimental filmmaker and artist based in London. His work has been shown in many film festivals and galleries around the world and has won numerous awards. His work ranges from themes about exploring unknown wilderness territories to candid and intimate portrayals of real-life subjects.