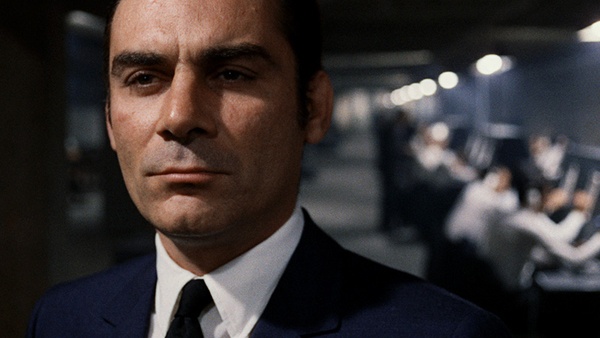 Elio Petri: Investigation of a Citizen Above Suspicion + Panel Discussion

Inaugurating a cycle of cinema politico in Italy, Petri's Investigation of a Citizen Above Suspicion is a dark and satirical political thriller set during a time of internal political disturbance, where a psychopathic Roman police inspector (Gian Maria Volonté) cracks down with relish on the political dissidents of the day.

After slashing the throat of his masochistic mistress (Florinda Bolkan), the inspector is perversely put in charge of the investigation. With sadistic pleasure, he plants clues that implicate himself and then craftily diffuses them, ostensibly to prove his invincibility. As director Petri's split-second edits rocket back and forth between flashback and detection, this film is a biting critique of Italian police methods and authoritarian repression, a psychological study of a budding crypto-fascist and a probing who-dunnit.

The iciest of film noirs, Investigation of a Citizen Above Suspicion won the Academy Award for Best Foreign Language Film of 1970.

The screening is followed by a panel discussion with Pasquale Iannone and Michael Brooke, moderated by ICA Film & Cinema Manager Nico Marzano.

Pasquale Iannone is a film academic and critic based in Edinburgh. He is a regular contributor to Sight & Sound as well as various BBC Radio programmes. His film curation work includes seasons at BFI Southbank, Glasgow Film Theatre and Edinburgh’s Filmhouse.