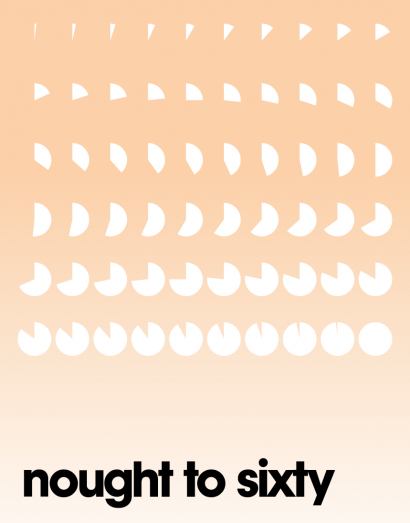 Nought to Sixty presents sixty projects by emerging artists based in Britain and Ireland over six months from 5 May to 2 November 2008.

Most of the artists in Nought to Sixty are under 35, few of them have had significant commercial exposure, and in most cases this is their first opportunity to mount a solo project in a major public space.

The season is not intended to announce any new generation or style, but to build up a multifaceted portrait of the emerging art scene in the two countries and to provide a space for exchange.

The Nought to Sixty programme consists of:

Events happen at the ICA every Monday night: