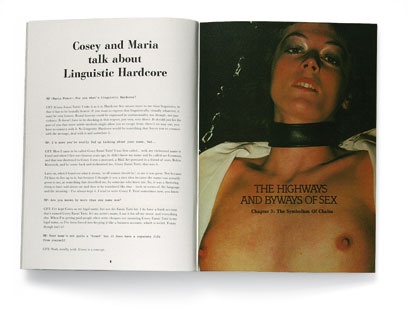 Maria Fusco is a writer and the editor of The Happy Hypocrite magazine. This event will involve readings of short fiction by Fusco and others and a screening of the Maysles Brothers' 1965 documentary short Meet Marlon Brando, a film that has been influential on Fusco's thinking. Fusco has invited writer Steve Beard to read extracts from his contribution to the forthcoming Issue 2 of The Happy Hypocrite.

After the event, a series of texts by Fusco will be broadcast on a weekly basis, via Bluetooth, to the mobile phones of visitors to the ICA.