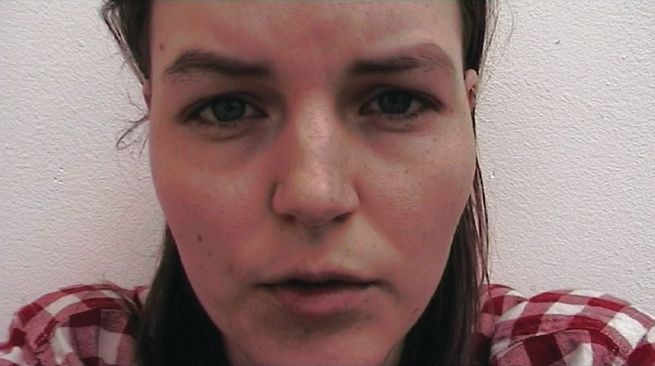 There are two radical oppositions provided to us in society but there is no room for the limbo in-between these oppositions. By claiming that there is black or white, male or female, private or public there is already an assumption that there are only two possibilities.

In my work I question these oppositions. Yes, we know, man exist, woman exist but where is the in-between? What about people who don’t identify as male or female?

Through symbolic language and the assumption of performed identity, I create flexibility of certain identities and with that, possibilities that where before unseen. The work is ambiguous and hybrid and at the same time clumsy and imperfect. Together it becomes a voice for the wasteland in-between oppositions that we have to deal with in our everyday life.

Recently I have created a second self, named Gerrit. Gerrit believes he is a man but the society in which he lives doesn’t. Gerrit is an artist who makes sculptures and who doesn’t really care about what others think of him. Gerrit transgresses imitation; he goes beyond being a drag king ‘character’. Gerrit is a real man, with difficulties and anxieties of his own.

When I am Gerrit, I am doing something different. I’m expanding the barriers of gender, by becoming something, which I have created. I created his identity and I can take it away again. This speaks not only about the expandable barriers of gender but with that, also problematizes the image of the identity of/as a ‘male’ artist.

By becoming Gerrit, questions are raised by me and discussions are opened. What is identity? What is masculinity or femininity? Does gender exist at all? What is reality? The strength of the work is that I don’t answer these questions for you, but that I lay them bare for you to reconstruct.

In February 2014, I participated in the "Man for a Day" workshop by Diane Torr, in Berlin. This workshop is held for a weekend and is open to man and woman of all ages. In this workshop participants are taught how to walk, talk, eat, dance, sit and dress as a man. They have to think about what kind of man they are and how they want to be and addressed by as a man. During my participation in this workshop I filmed the changes that happened within me. I captured how I as Mandy, became Gerrit and with that, all the struggles that come with loosing one's own identity by gaining another one.

"I'm a boy, get it?" is inspired on Beatriz Preciado's book "Testo Junkie". In the book Preciado struggles with confirming to the gender rules that are set out in our society which everyone should follow. In their book they express the struggles that someone might face when they are in-between

gender or don't want to confirm to one or any gender. "I'm a boy, get it?" translates this struggle into a full frontal rant with no escaping from the viewer side.