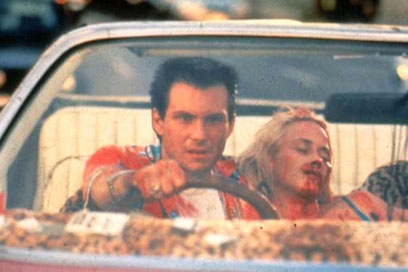 If Top Gun made Tony Scott one of Hollywood's most bankable directors, True Romance unexpectedly made him one of the coolest. Working from a script by Quentin Tarantino, Scott essentially redefined his image in the space of one movie - no more Beverly Hills Cop sequels, now we had Christian Slater and Patricia Arquette as lovers on the run, Gary Oldman as a Rasta drug dealer, a spicily-written stand-off between Dennis Hopper and Christopher Walken and a stoned Brad Pitt cameo. This is subversive stuff - a genuine cult film, full of violence, drugs, movie references and hip in-jokes, that somehow got passed as a major mainstream studio picture. We're proud to welcome Tony Scott to the ICA to take part in an on-stage interview following this screening.

The screening on Sunday 4 February will be followed by an interview with director Tony Scott.