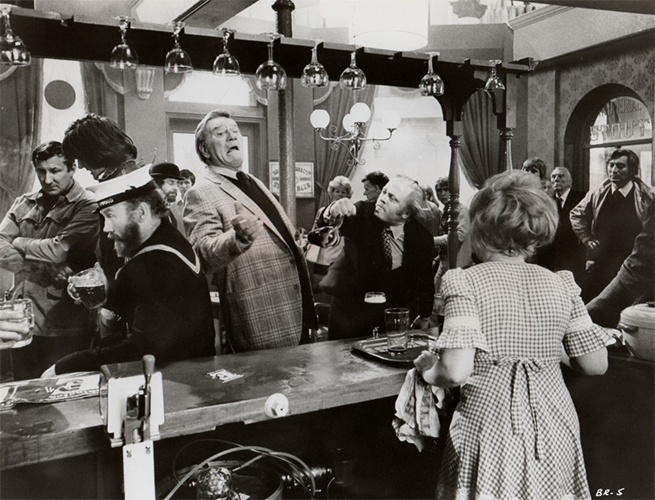 John Wayne is a tough Chicago cop who comes to London to bring back a bail-jumping gangster. His style of law enforcement comes as quite a shock to his very British crime-fighting partner, played by Sir Richard Attenborough. Great use of London locations, plus a Western-style barroom brawl transplanted to the East End.

The screening on Saturday 10 February will be introduced by Hot Fuzz director Edgar Wright.

The Duke is back. In the Big Smoke, no less! John Wayne's one and only London-set film is a royally entertaining romp. Made in 1975 by Theatre Of Blood director Douglas Hickox, this attempt to capture the Dirty Harry dollar with the sexagenerian punching and shooting his way through the capital is really rather amusing.