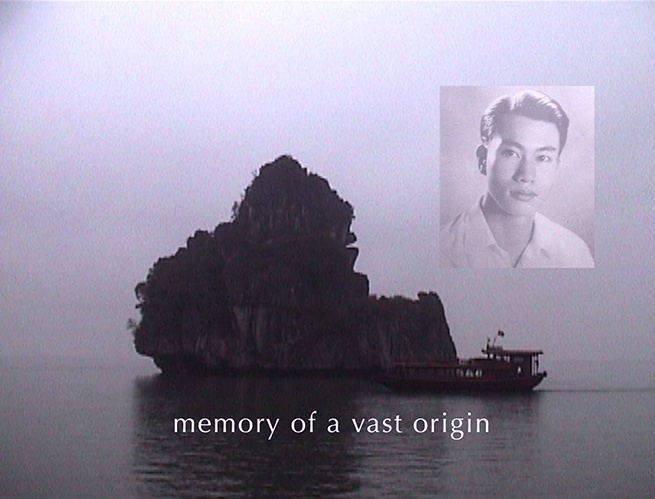 This event will take place between 2pm and 5.30pm

“It is necessary for me always to keep in mind that one cannot really theorize about film, but only with film. This is how the field can remain open.” – Trinh T Minh-ha, Framer Framed

Taking into consideration the artist’s concept of film as a 'resonance event', the participants explore connections to themes such as feminism, the fluidity of identity, digital and migratory aesthetics, and new forms of kinship and collaboration. The speakers touch upon the timeliness of Trinh's films and writings, in particular through a commitment to transcultural narratives of difference and the expression of the experience of 'being in expulsion'.

The first panel, chaired by artist, writer and curator Sophie Mayer, covers the feminist and socially engaged trajectories that can be traced from Trinh T Minh-ha's work, with a particular focus on methodologies that profile under-heard voices and explore different types of agency. This connects closely to Trinh's commitment to re-telling womens' stories from 'othered' traditions and cultures, as well as her promise 'not to speak about, but to speak nearby'.

In this session, Lucy Reynolds presents on the feminist legacy of Trinh T Minh-ha in relation to feminist filmmaking in Britain; Sutapa Biswas explores forms of animism both in her own work and that of Trinh; Catherine Grant speaks about the migratory aesthetics of Trinh's latest work, Forgetting Vietnam, and Sarah Wood discusses art and the politics of hospitality.

The second panel, chaired by ICA Associate Curator of Education Partnerships Astrid Korporaal, considers the novel spaces for connection, collaboration and kinship that are encouraged to come into existence through Trinh's film work and writing. These spaces can incorporate both digital and transcultural elements, and be elaborated on through practices of staging, mirroring and translation.

In the panel, Alison Rowley discusses the possibilities of digital imaging in the creation of an imagined, 'transcultural' world in Night Passage (2004); Sophie Hope introduces Trinh's approach to 'hyphenated play' and in-between spaces; susan pui san lok reflects on tactics of staging and translating in Minh-ha's Surname Viet, Given Name Nam (1989) and her own work, and Valentina Vitali discusses the notion of transcultural imagination through the figure of the cyborg.

This event is organised in partnership with the School of Arts at Birkbeck, University of London