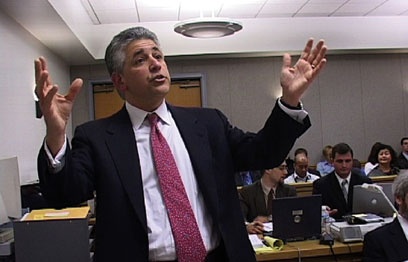 The inspiring story of fifteen villagers from the jungles of Burma whose quest for justice eventually leads them to bring suit in a U.S. court against two oil giants - UNOCAL and TOTAL - for human-rights abuse. For five years producer/director Milena Kaneva collected accounts from Burmese villagers of forced labor, re-location of villages, rape, and murder associated with construction of the Yadana pipeline. Her "guide" during this journey was Ka Hsaw Wa, a member of Burma's Karen ethnic minority, and one of the leaders of the student movement for democracy in Burma in 1988 which was violently suppressed by the Burmese government. For more than a decade, at considerable personal risk, he has gathered testimonies and other evidence on numerous cases of human rights and environmental abuse. In 1995, along with the co-founder of Earth Rights International, Katie Redford, Ka Hsaw Wa brought a landmark lawsuit against UNOCAL and TOTAL that drew international attention to the pervasive abuses in Burma.

A Q&A with director Milena Kanava will follow the screening.