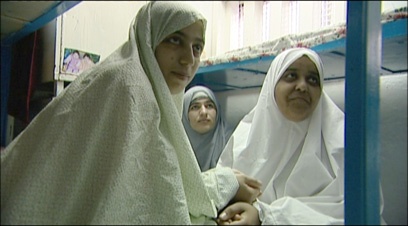 Eight thousand Palestinians are imprisoned in Israeli jails today. They are called ‘Security Prisoners.' For most Israelis they are assassins and criminals. For most Palestinians they are heroes and freedom fighters. Shot inside the Ber Sheba, Ashkelon, Hadarim and Megiddo prisons, Hot House is a unique, probing documentary-feature that explores the emergence of a Palestinian national leadership within Israeli prisons. The film offers a rare look at the experiences, motivations and mindsets of a number of key inmates serving multiple life sentences and the remarkable degree to which they influence the political process in the outside world. Providing a unique opportunity to observe events of historic proportions at their nascent beginnings while shattering the two-dimensional stereotypes and often polarizing commentary presented by the mainstream media on the Israeli-Palestinian conflict, the film boldly exposes how the prisons effectively function as an incubator for a new form of Palestinian democracy.

A Q&A with the director will follow the film.

Co-presented with The Frontline Club.