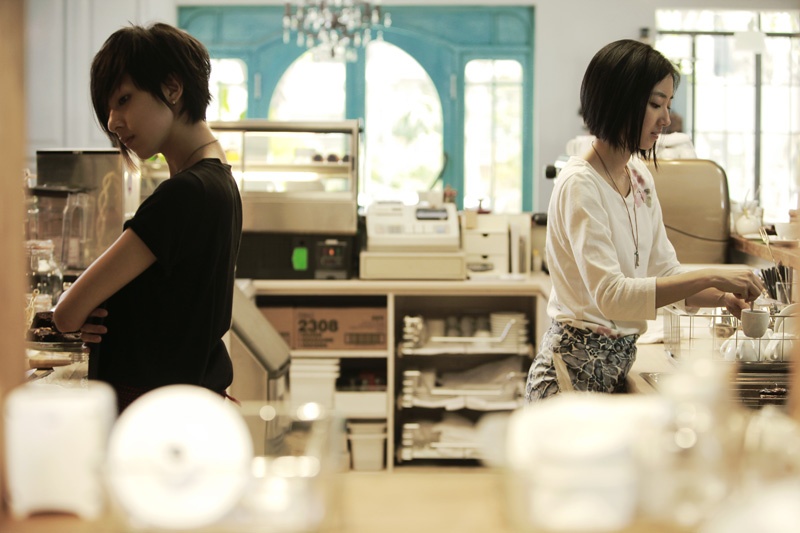 Sometime assistant to Hou Hsiao-Hsien (his mentor is still on board as executive producer), Hsiao Ya-Chuan has come up with a second feature that’s deliciously different from other recent Taiwan movies. With premises inherited from an emigrating aunt, Doris decides to open the coffee shop she has always dreamed of. Thanks to a series of accidents – a small collision on a mountain road, a truckload of calla lilies, friends arriving for the opening with gifts of junk from their closets, and some quick thinking on the part of her younger sister Josie – the shop acquires a distinctive identity as an exchange mart.

Hsiao decorates the story with bits of animation and vox-pop interviews, finessing a movie which plays like a gently comic dream with a core of real, felt emotion.