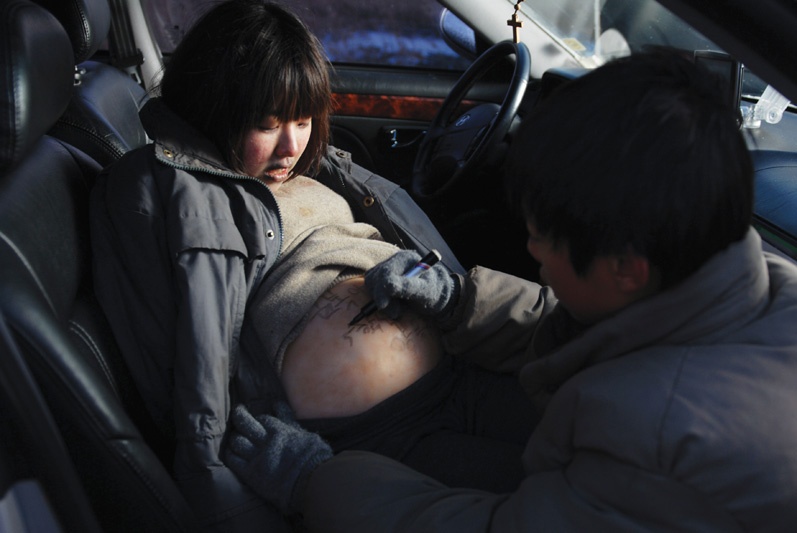 One of the most striking debuts in Korean film history, End of Animal conjures up an apocalypse whose implications are out of all proportion with the film’s own scale. You could think of it as a broken-down road movie. Soon-Young is travelling by taxi to her mother’s place in Taeryung when the driver picks up a second passenger who soon reveals that he has no money or plastic to pay his share of the fare. What the stranger does have, though, is uncanny insights into the minds of both Soon-Young and the driver (the latter’s marriage has been in trouble since he was caught with an underage girl), and he goes on to predict that all electrical power will fail any moment now… which it does. The driver walks ahead to seek help, the stranger vanishes and Soon-Young is left alone. Before you know it, the road has become a dog-eat-dog world in which everyone has dark secrets and no-one can be trusted. Only the stranger seems to have Soon-Young’s best interests at heart, but he’s never in touch when she needs him.