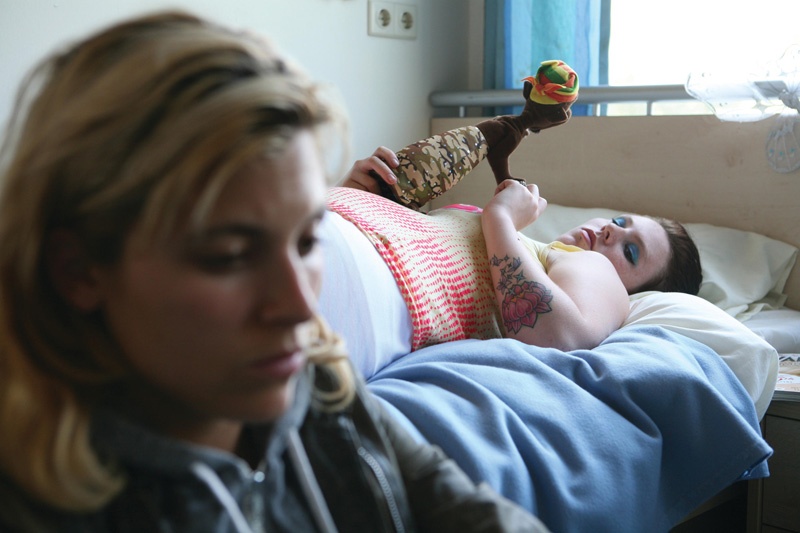 Troubled teenager Joy was left on a bench as a baby and grew up in children’s homes and foster families. These circumstances have seen her develop a tough defensive shell that those around her find hard to penetrate, and her quick temper and aggressive manner have not made her popular over the years. Time spent with her boyfriend Moumou and his large, close, Serbian family only serves to heighten her sense of loss and loneliness in not having a family, and when her best friend falls pregnant, Joy becomes even more driven to track down her biological mother. She manages to get hold of her mother’s address, though she struggles to find the courage to confront the woman who abandoned her years before.

The final part in a trilogy of films director Mijke de Jong has made about girls on their way towards adulthood (a trilogy that includes Bluebird, which screened at the Festival in 2005), Joy is an emotionally honest slice of social realism impressively filmed amid Amsterdam’s high-rises and shelters. Samira Maas’ performance in the title role is so utterly compelling and convincing that it’s hard to accept that this is not only her first feature, but also her first acting experience.