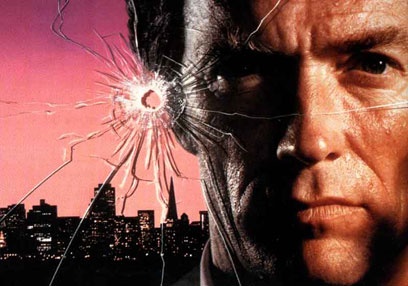 After a seven year break, Clint Eastwood returned to the role of 'Dirty' Harry Callahan for a case which finds the .44 Magnum-toting cop tracking a fellow vigilante. Non-stop badass action in what's probably the toughest entry in the series.

The screening on Tuesday 6 February will be introduced by Hot Fuzz director Edgar Wright.

Edgar Writes: "By no means the finest Dirty Harry film (that honour easily goes to Don Siegel's classic original), 1983's Sudden Impact remains a gloriously entertaining trash epic; a truly guilty pleasure in the Inspector Callahan hand-canon. With a 53 year old Eastwood scowling up a storm as San Francisco's rogue badass the film is a cartoon rampage of neverending goons, stickup merchants and gang rapists. Add to this a female spin on Death Wish with Eastwood's then beau Sondra Locke turning Lady Vengeance and you have something of a grindhouse exploitation revenge flick.

To cap it all, Harry Callahan, having already worked through partners of an Hispanic, African American and female persuasion, is here partnered with - yes - a farting bulldog."