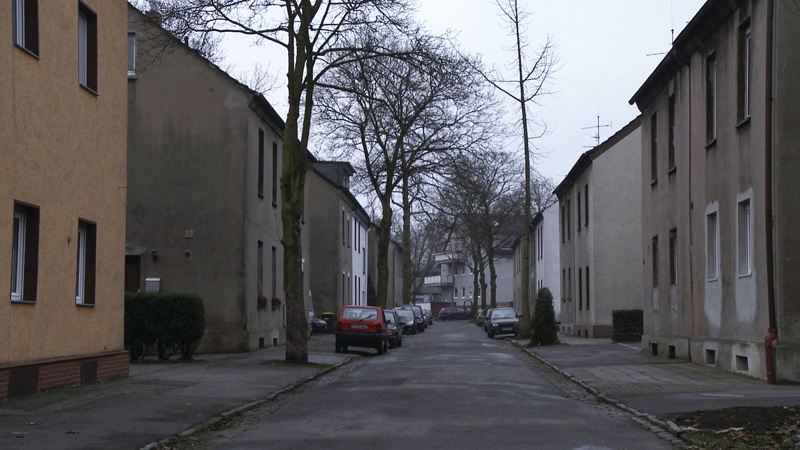 In his first film to be shot outside the US, and the first to be made in high-definition video, James Benning brings his rigorous perspective to bear on the heavily industrialised Ruhr region in Germany. Constructed as a series of fixed frame compositions varying in length from seven minutes to an hour, Ruhr is in part a subjective portrait of a region, but more than this is an exploration of the relationship between landscape, work, culture and art. And as with all Benning’s films, it’s an invitation to interrogate the process of viewing and the creation of meaning. Each shot draws our eyes and ears to rhythm, repetition, sound, motion – nowhere more so than in the majestic sixty-minute view of the tower of a coke producing plant, where every ten minutes cold water poured into the base creates a cloud of steam to billow out of the building. Benning has long been a skilled manipulator of sound in his meticulously structured films; in Ruhr he takes this further, making subtle interventions in visual images and their temporal structure.