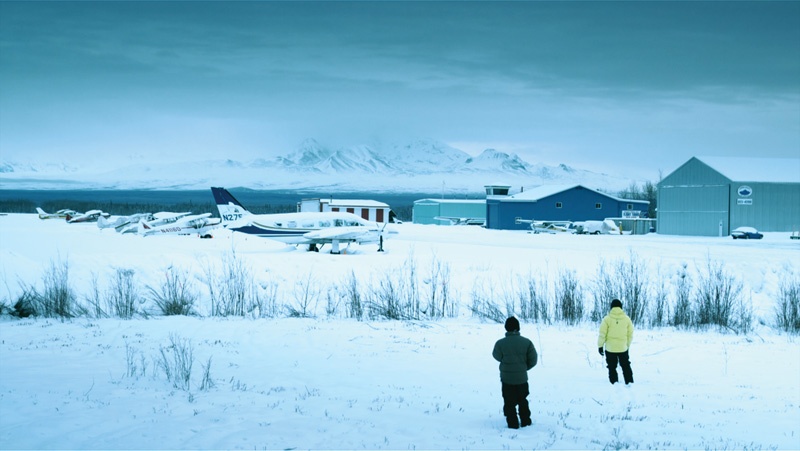 Sharing some thematic and aesthetic ground with his widely acclaimed gallery piece Mnemosyne, this new feature work develops and extends the focus confirming John Akomfrah as one of the UK’s most singular and visionary filmmakers. In this work of uncommon intelligence, a vast array of archival material is combined with newly shot scenes to form a series of tone poems that feel, rather than tell, the history of mass migration to postwar Britain. Existential science fiction provides the inspiration and Homer’s epic poem The Odyssey the narrative underpinning, just two of a host of cultural reference points that inform this absorbing allegorical fable. Writings from authors as diverse as Shakespeare, Samuel Beckett and TS Eliot are woven together with music that ranges from popular songs and Indian classical compositions to Purcell and Schubert. Akomfrah wears his erudition lightly: the sophistication of his investigation of identity, memory and myth is breathtaking but understated, and social history is rarely re-imagined as lyrically as this.