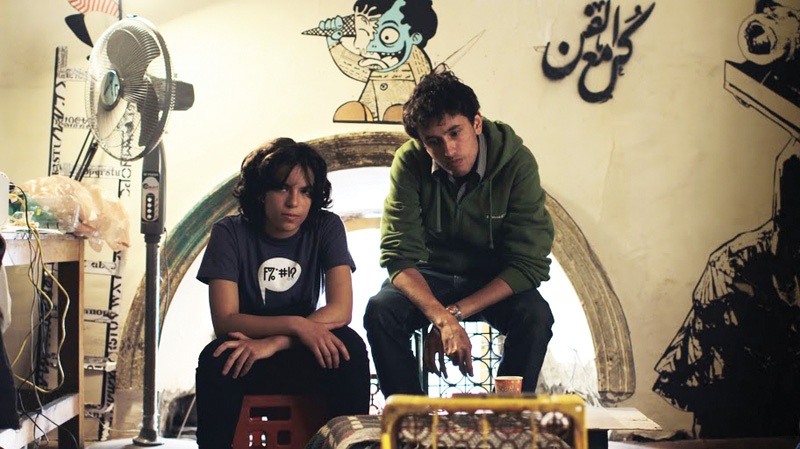 When Khaled returns to Alexandria after years of travel, he discovers his attempts to rekindle a relationship with an old love and repair his relationship with his ageing father are both futile. His life turned upside down, he now aimlessly roams the water-bound city until he stumbles upon Alexandria’s underground music scene, a secret world filled with hip-hop singers who perform on sidewalks, female rock musicians on rooftops, and graffiti artists who confront the city with their shocking murals.

Director Ahmad Abdalla’s previous film Heliopolis was a meandering, nostalgic paean to a lost Cairo, whereas Microphone is an adrenaline-fuelled, infectiously dirty homage to Egypt’s irrepressible and uncertain future. Infused with a counter-culture spirit, Abdalla’s latest film is a riveting look at an under-reported scene, as Egyptian youths joyously collide Eastern and Western musical influences to create a unique and captivating sonic kaleidoscope.