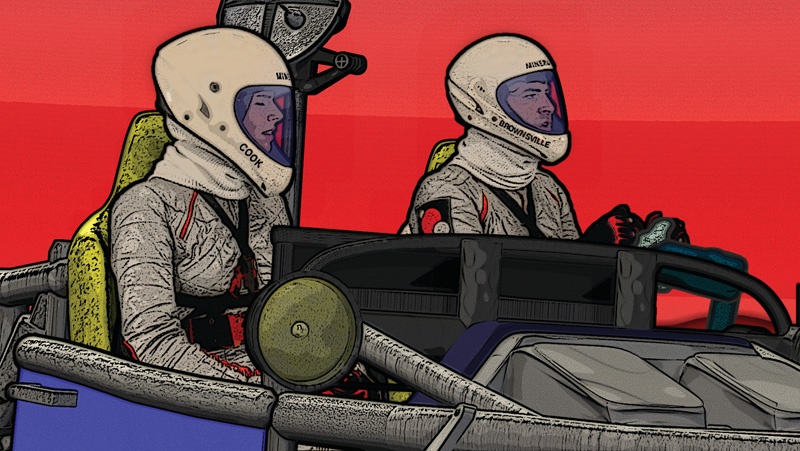 Involved in a space race to find out once and for all whether there’s life on the planet, NASA is prompted to dispatch three human astronauts to Mars. Hank Morrison and Dr Casey Cook are completely focused on their work, while maverick Charlie Brownsville is insulted to be involved only to keep viewers of the regular TV updates on the mission entertained. Their inter-planetary travel isn’t always fun, and the three differing characters can’t help but antagonise each other initially. Yet, as the adventure progresses, the intrepid trio may just discover the meaning of loyalty and love sooner than they accomplish their mission.

An inventive slice of slacker sci-fi packed with wit and ideas, for which Geoff Marslett specifically developed his own rotoscope animation technique, it boasts a unique look, which he describes as ‘half way between a graphic novel and a hand-coloured photograph’. The three leads put in pitch-perfect performances, while the presence of cult figures Kinky Friedman, cast as President of the USA, and musician Howe Gelb increases the film’s leftfield appeal. A soundtrack by Gelb features contributions from Neko Case, Victoria Williams and Kristin Hersh, among others.