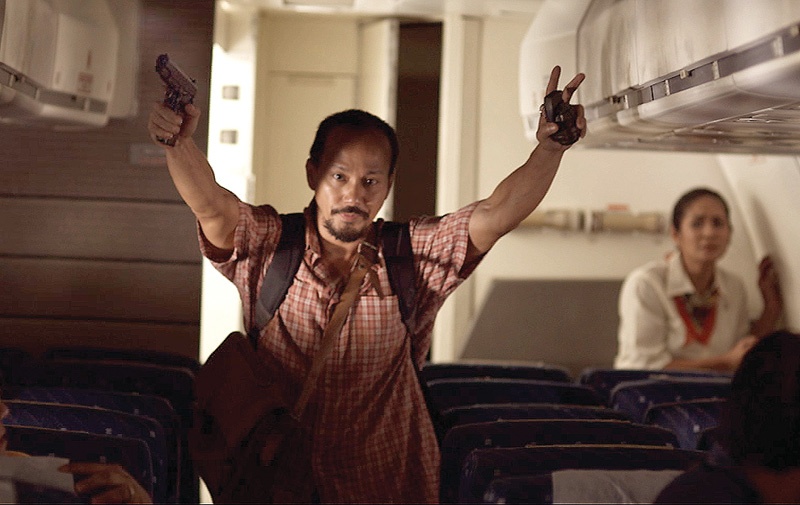 Raymond Red has found it hard to replicate the qualities that distinguish his short films (including the Palme d’or-winning Shadows) now that he works at feature length, but the excellent Manila Skies comes pretty near. The story opens and closes in a remote, impoverished village on Romblon Island, but centres on a man struggling to get ahead in Manila. Raul is an economic migrant, typical of the thousands who flock to the city. He lives in a rented room which is cockroach heaven and has a steady labouring job on the docks – until the day he asks for leave to file an application for higher-paying work in Saudi Arabia. Suddenly jobless, and driven half-mad by the bureaucracy of the jobs agency, he becomes first a look-out man for a gang of two-bit robbers and then the world’s most improbable aircraft hijacker, armed with a gun, a grenade and a homemade parachute.

Although this was inspired by a newspaper story, Red’s characteristically vivid images give the underworld odyssey a hint of the mythic, complete with elements of film noir and magic realism. In other words, it takes us into the oneiric territory of Red’s best shorts.