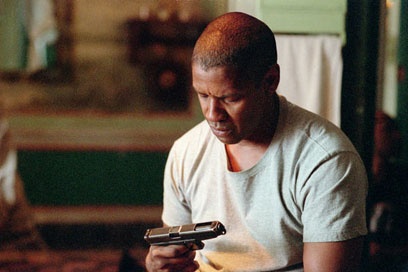 Part of Hot Fuzztival's salute to director Tony Scott: A big, bruising revenge thriller, in which the high-style reflects the turbulent emotions driving the action. One of the great under-rated films of recent years.

The screening on Saturday 3 February will be introduced by Hot Fuzz director Edgar Wright.

Edgar writes: "Tony Scott's explosive, long gestating Mex-epic features more beautifully lit badassery, double exposures and artful subtitles than a cinema screen can handle. A remake of the 1987 film of the same name, that Tony Scott had originally planned to direct, but was denied the chance on the basis that he did have enough hits under his belt. Instead Scott directed Top Gun and returned to the material nearly two decades later with an eye popping box of tricks. Deserves to be seen large and loud."