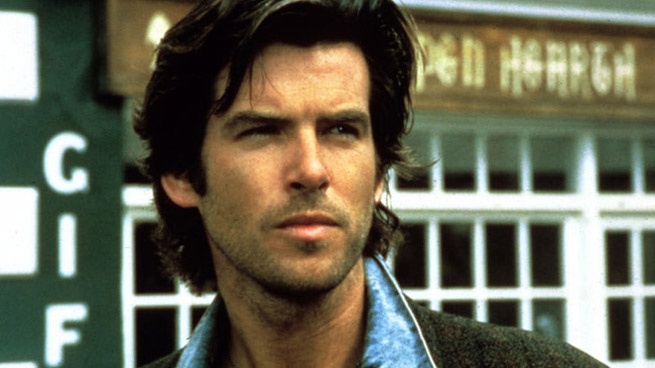 Francis Megahy's 1988 film Taffin was recently made famous by the incessant (and highly amusing) radio-based blatherings of Adam Buxton and Joe Cornish. Here, for one night only, we present the film in all its glorious awfulness. See Pierce Brosnan as a face-pummelling loan shark as he takes care of business in the mean (and green) streets of Thatcher-era Wicklow County.

Though the film itself was made to ride Brosnan’s ascending star as TV’s Remington Steele, it wasn’t until he was cast as James Bond that the cinema work really started to look good on his CV. Taffin is a textbook midnight movie, a veritable trove of bizarre supporting turns set against an oddly quaint rural backdrop and boasting various action set pieces which appear to have been spliced together from other films. Don’t miss.

Also includes a presentation 'Taffin and the Cinematic 'Hard Man''.