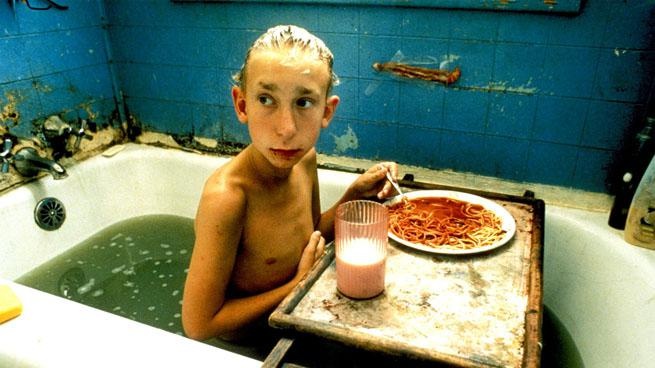 Black metal band t-shirts, wrestling with kitchen chairs, Burt Reynolds impersonations, ADD tennis champs, whipping cats to death and the soothing tones of Roy Orbison. All feature in Harmony Korine’s remarkable, idiosyncratic directorial debut which proved after the success of Larry Clark’s Kids that he was no one-trick pony.

Combining a bracing, combative form of naturalism with grotesque Midwestern gothic, the film is a compendium of tall tales about the screw-loose inhabitants of tornado-lashed nowhere town, Xenia, Ohio. Even though this was his first feature, it remains one of Korine’s most fully-realised works, a challenge to the stale conformity of mainstream filmmaking and that rare thing in cinema: a true original. Screening on VHS!